Paros Foundation’s 100 for 100 Projects for Prosperity 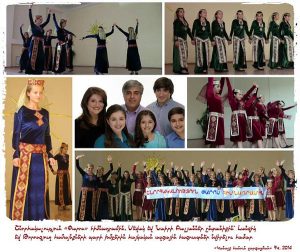 Armenia–What do computer classes for children, new traditional Armenian dance costumes, and a photo exhibit of Armenian women have in common? All three are the latest projects completed through the Paros Foundation’s 100 for 100 Projects for Prosperity, bring the total number of projects completed or in progress to 69.

While children in the villages of Lanjik and Torosgyugh in Armenia’s Shirak region have been fortunate enough to participate in local dance ensembles, they have lacked their own costumes. Upon learning of this need through the Paros website, Nairi Balian and her family immediately decided to help make these children’s dreams a reality. Mrs. Balian had been in an Armenian dance group during her childhood an
d appreciates how important costumes are to children’s motivation and enthusiasm. Through the Balian family sponsorship, 30 village children received two sets of costumes and a pair of dance shoes.

On August 16, both communities came together and organized a one of a kind dance concert in celebration of the costumes. “Receiving their own new dance costumes and shoes was a dream come true for these children! It has truly been a unifying experience for the entire village,” said Gohar Markosyan, President of the “Women f 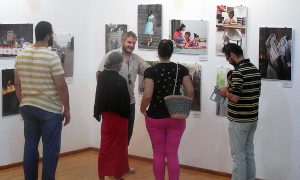 or Development” NGO, who oversaw the design and manufacturing of the costumes.

In Yerevan, children attending the Ghoghanj Children’s Center benefited through another important project, the implementation of computer and associated Internet instruction. Founded in 2003, the Ghoghanj Children’s Center works with vulnerable “at-risk” children and their families to help them overcome social, psychological, and legal issues, and it provides proper support and guidance for the children so they can excel in school.

“We are so grateful to have secured funding for our computer and internet courses. Many of our students have had absolutely no
access to computers and Internet usage outside of Ghoghanj, ” said Diana Grigoryan, Director of the Ghoghanj Children’s Center.

This project received funding through donations made in honor of Maroush Dekermenjian’s birthday. It was Ms. Dekermenjian’s birthday wish to give back to children in Armenia. Now students at the Ghoghanj Center will develop new innovative skills that will positively impact both their schooling and hopefully future careers. 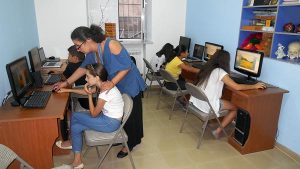 On July 23, Christina Cherekdjian’s Paros 100 for 100 Project came to life with the opening of the Aghcheeg Project Photo Exhibit in Yerevan, Armenia. The Aghcheeg Project Photo Exhibit sheds light on the role of women in Armenia. Christina, a high school student from Campbell, California, spearheaded this project. Her interest in women’s issues prompted her to apply and win a grant through her school to initiate this important project.

The Aghcheeg Project Photo Exhibit is comprised of a series of photographs taken by Christina and several of her peers during The Paros Foundation’s SERVICE-Armenia 2014 trip this summer. The photographs feature women of different ages and socio-economic backgrounds, and from rural and urban environments throughout Armenia.

“The photos tell interesting stories about the role of women in modern day Armenia,” explained Christina. “As we traveled and worked throughout Armenia and Artsakh, we witnessed the many challenges faced by women in their everyday lives, and we tried to capture these moments in the photos.”

The exhibit, comprised of more than 40 large format photographs, began its tour at the Narekatsi Art Center in Armenia during September 2014 and will be showcased throughout Armenia and the United States over the course of the next year.
The Paros Foundation underwrote all administrative expenses associated with these projects allowing all contributions to be allocated 100% to this project. Donations to The Paros Foundation, a 501(c) 3 organization, are tax-deductible to the fullest extent allowed by law.

Formally launched in 2006, The Paros Foundation supports six exemplary local NGOs in Armenia and launched the Paros 100 for 100 Projects for Prosperity in October of 2011 to commemorate the upcoming centennial of the Armenian Genocide. With an aggressive goal of identifying, vetting, fundraising for and ultimately implementing 100 special projects, The Paros Foundation and its staff in Armenia and the United States are quickly earning a reputation as the “go to” organization to oversee small and medium-sized project implementation in Armenia. For more information and to get involved visit www.parosfoundation.org or call (310) 400-9061.

To sponsor a project of the Paros Foundation’s 100 for 100 Projects for Prosperity, please visit www.parosfoundation.org.

INVESTING IN EDUCATION ON THE BORDER