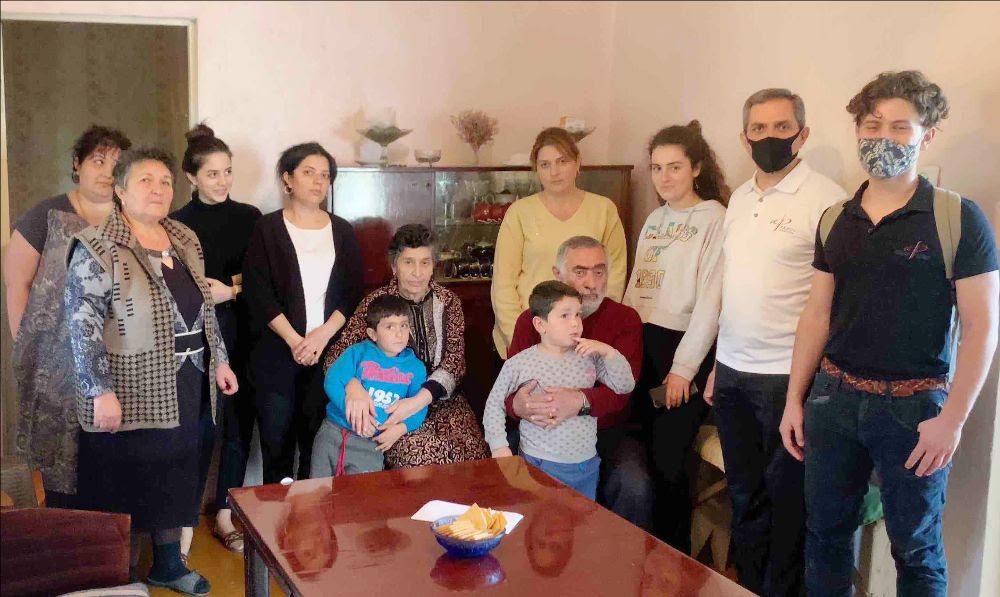 Berkeley, CA—The Paros Foundation has launched a resettlement program as part of its Emergency Relief, Resettlement and Reconstruction-Artsakh Project to help those families that have fled Artsakh and will not be able, or are unwilling to return.

“This year we lost almost 3,000 people to the Corona virus and at least another 3,000 people to the war. If we don’t act quickly to help resettle these refugee families from Artsakh, we stand to lose another 50 or 60,000 to emigration,” said Peter Abajian, Executive Director of The Paros Foundation. 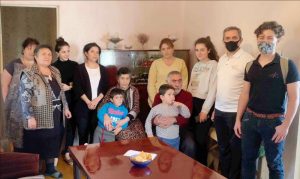 Thousands of families were forced to abandon their homes in Artsakh and now face an uncertain future.

The Paros Foundation’s Resettlement Program will take a comprehensive approach to refugee resettlement including thoroughly screening families, securing them permanent homes in Armenia (including renovation and furnishings), and engaging the families in appropriate economic activities to help them provide for themselves. The first priority for families to resettle will be those from rural Artsakh, and in particular, multi-generational families whose lives were uprooted from territories now under Azeri control. The Armenian and Artsakh governments are establishing noble and aggressive plans for repatriation of families to Artsakh, however, it is clear that many large families will be unable or unwilling to return to their homes and thus will consider leaving Armenia.

“The Paros Foundation is attempting to raise $200,000 in funds that will be matched with another $200,000 if we meet this goal,” said Abajian. “Many families have lost everything because of the war and our goal is to quickly help resettle as many of them as possible to avoid losing them to another country for work or a place to live.”

To recommend families for consideration for resettlement or to help resettle a family, please contact The Paros Foundation via email info@parosfoundation.org.

The first chapter of the war is over and the next is ready to begin. The Armenian people are confronted with the overwhelming task of evacuating and surrendering lands to Azerbaijan, providing assistance and securing housing for more than 100,000 refugees from Artsakh, and repairing damages in both Armenia and Artsakh from these brutal attacks.

The Paros Foundation is being challenged with a $400,000 matching grant. Funds will be matched dollar for dollar up to $200,000 (by several anonymous donors who are contributing in honor of our brave fallen soldiers), for a total of $400,000. Winter is rapidly approaching and the holiday season is upon us. Please help us meet this challenge.

Frequently visit the Emergency Relief and Reconstruction project on
The Paros Foundation website for updates, and follow us on social media. 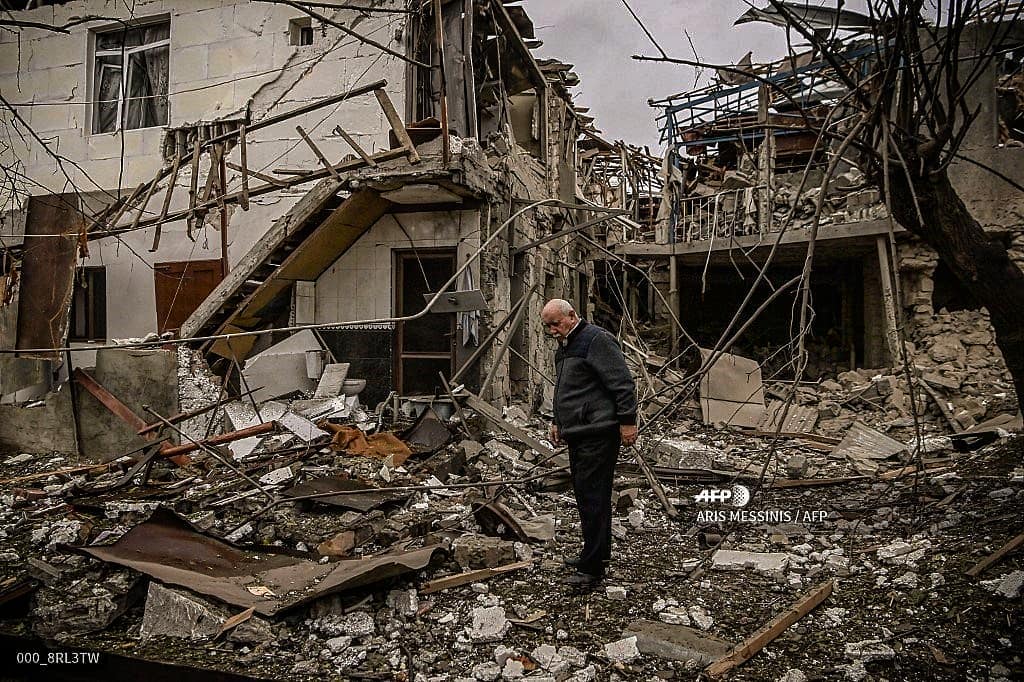 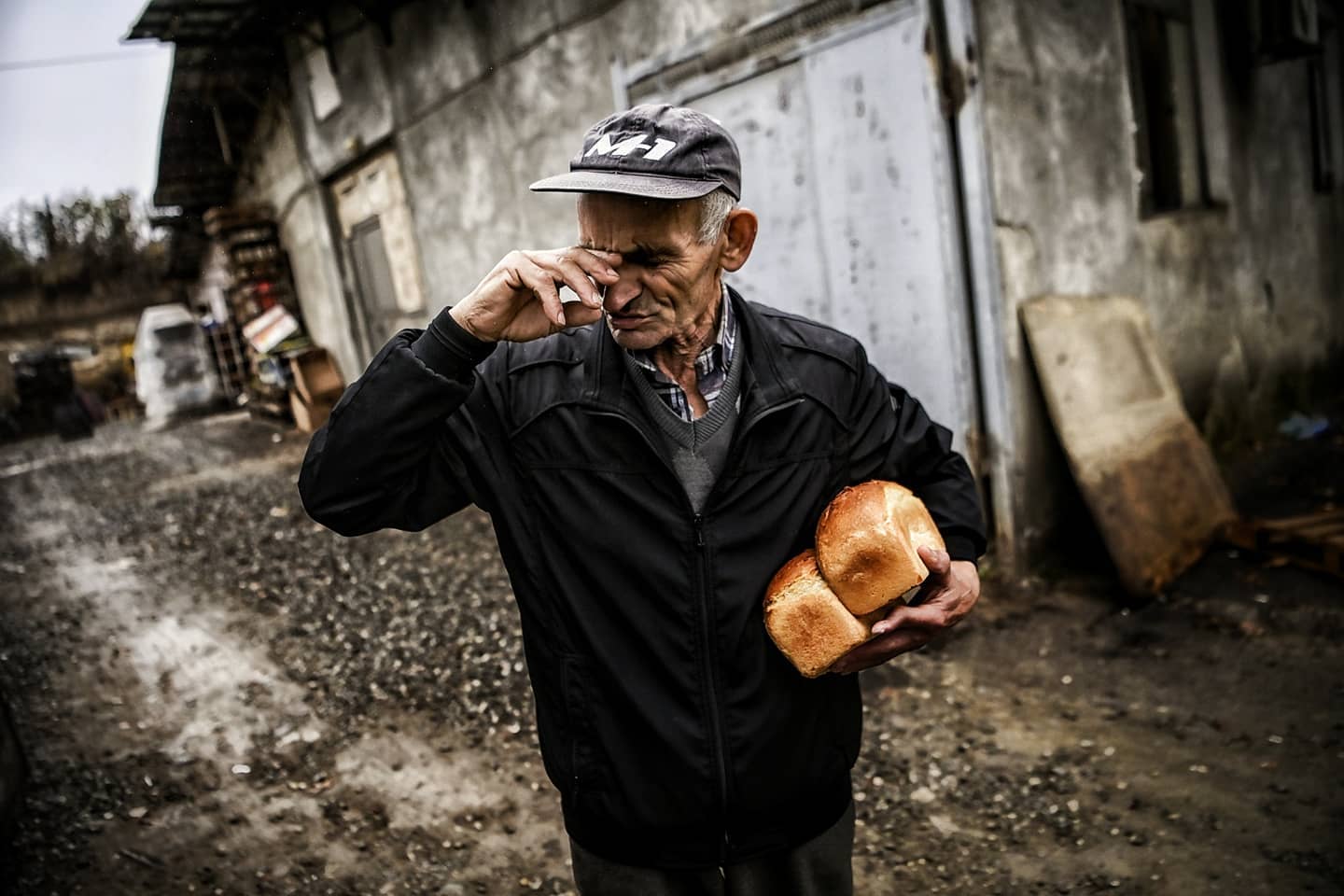 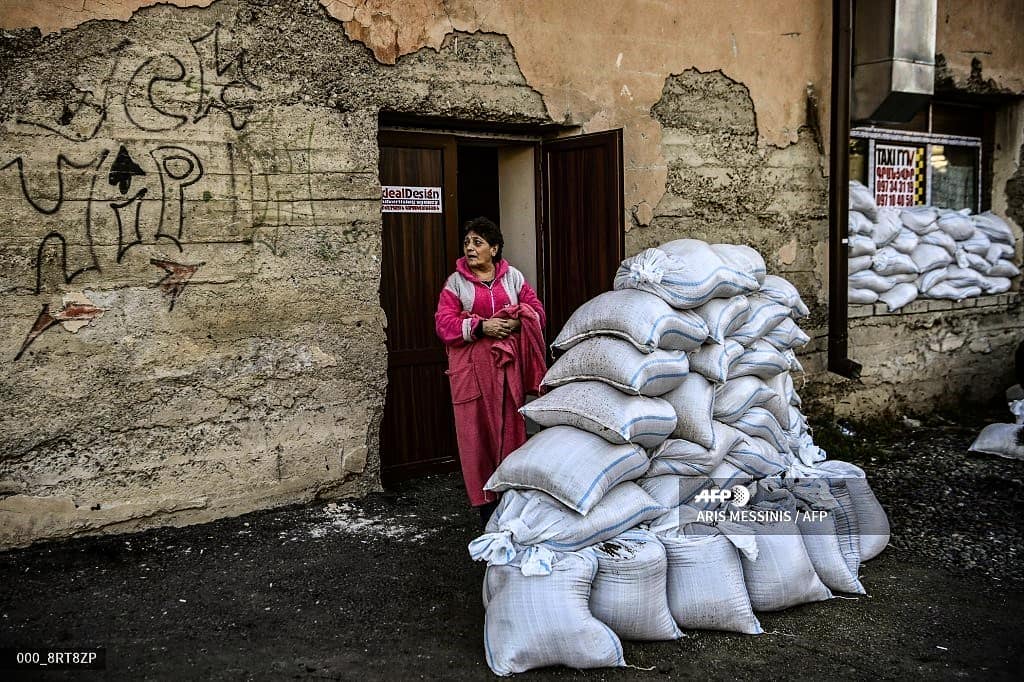 All donations made through this link will be matched up to $200,000 regardless of the amount. Please visit our website to donate or mail checks to the following address with a note saying “challenge grant”:
The Paros Foundation
2217 5th Street
Berkeley, CA 94710

For more information about this effort, please contact (310) 400-9061 or email: info@parosfoundation.org.

Today we reflect, tomorrow we rebuild.

Yesterday, an agreement was signed by Armenia, Azerbaijan and Russia to end the war in Artsakh. The terms of the agreement can be read here . The bottom line is Armenia has lost considerable portions of Artsakh including Shushi, the agreement does not address a final status of Artsakh, and provides Azerbaijan with a transit corridor to Nakhichevan. Russian peacekeeping forces are already in Artsakh enforcing this agreement.

We are grateful that no more of our brave soldiers and volunteers will lose their lives, and we are forever humbled by the heroism and sacrifice of our fallen and their families. This is a difficult time for the Armenian nation. A beacon of hope for our people was demonstrated through our collective, unified effort around the world to stand tall with our nation, and the awakening of the spirit and passion of our ancestors in our next generation and future leaders. 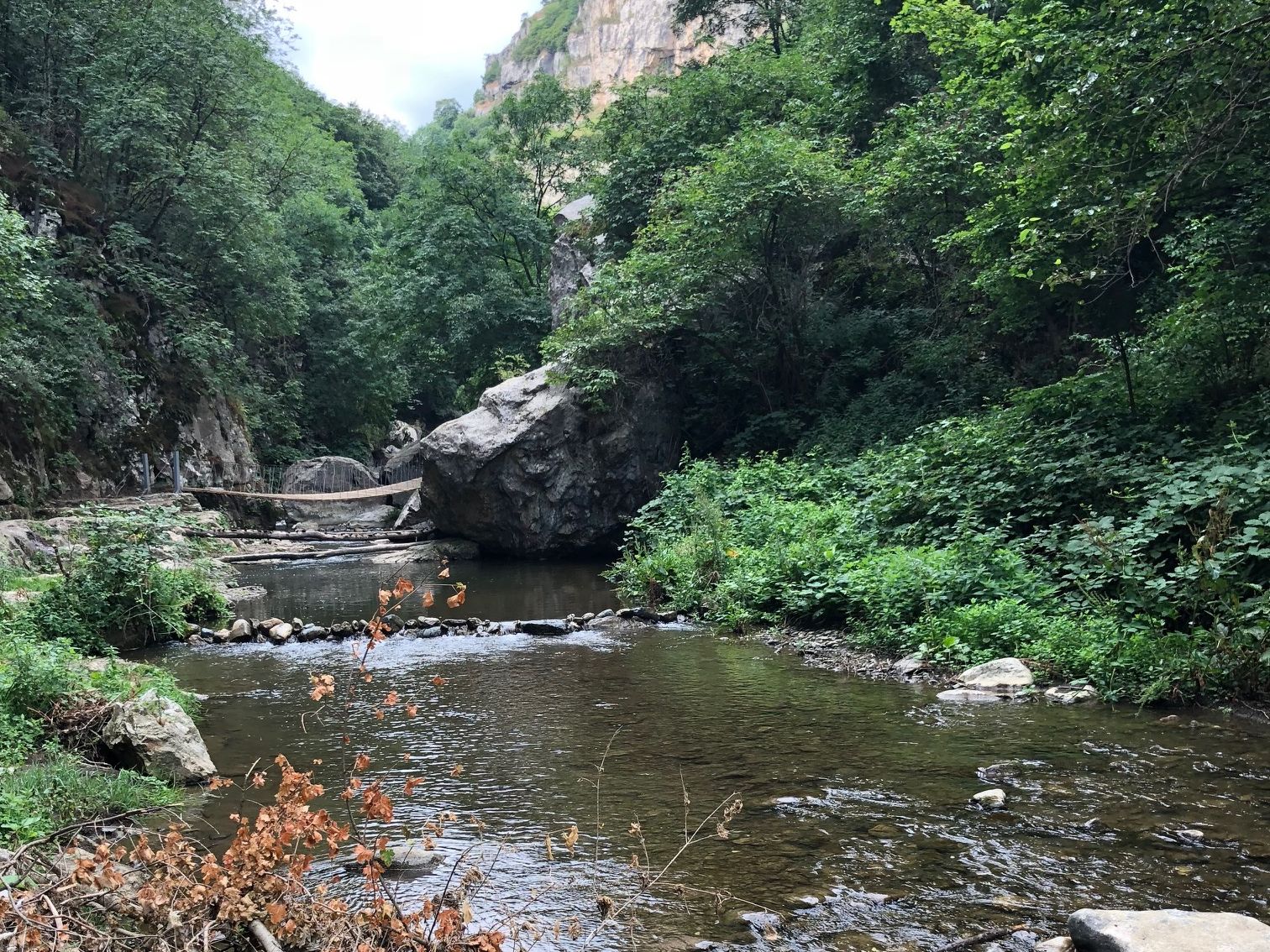 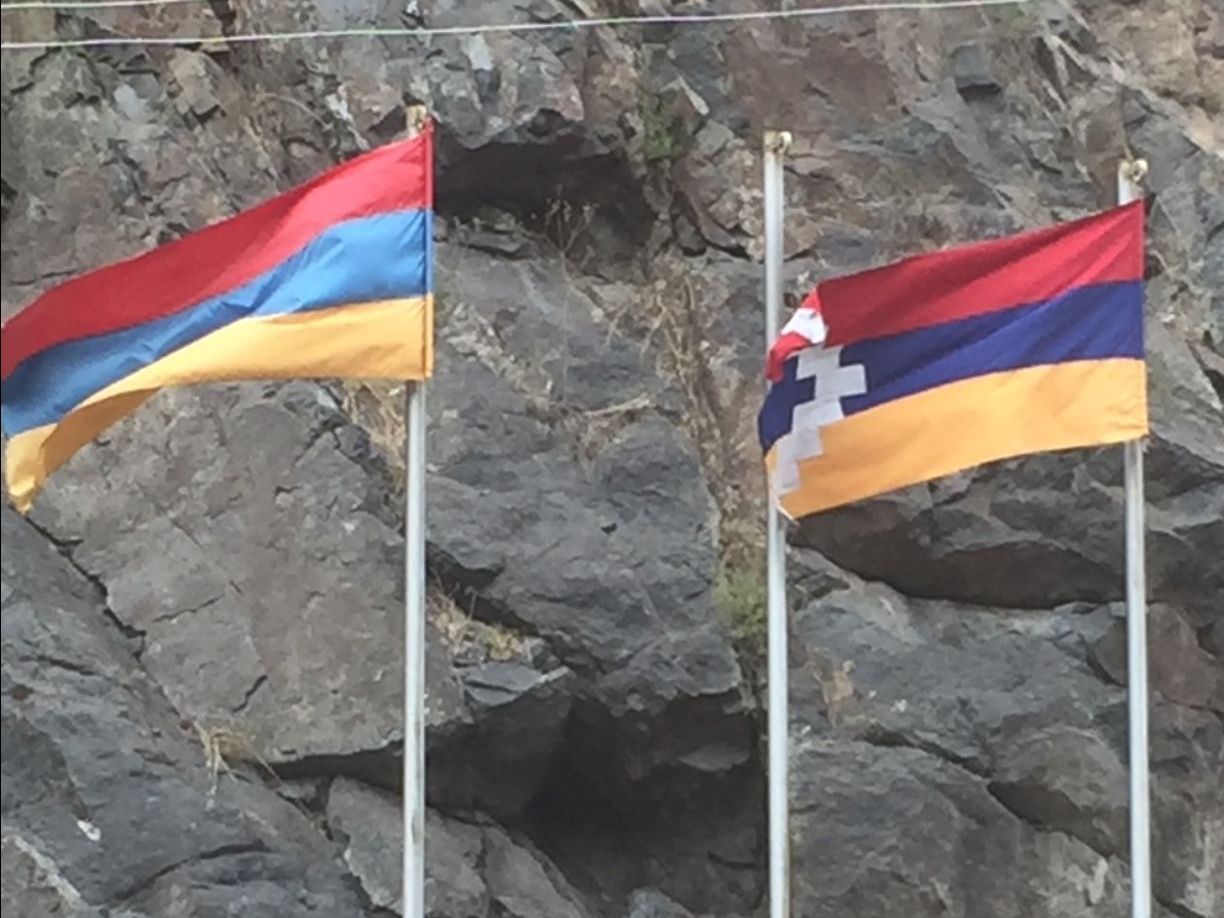 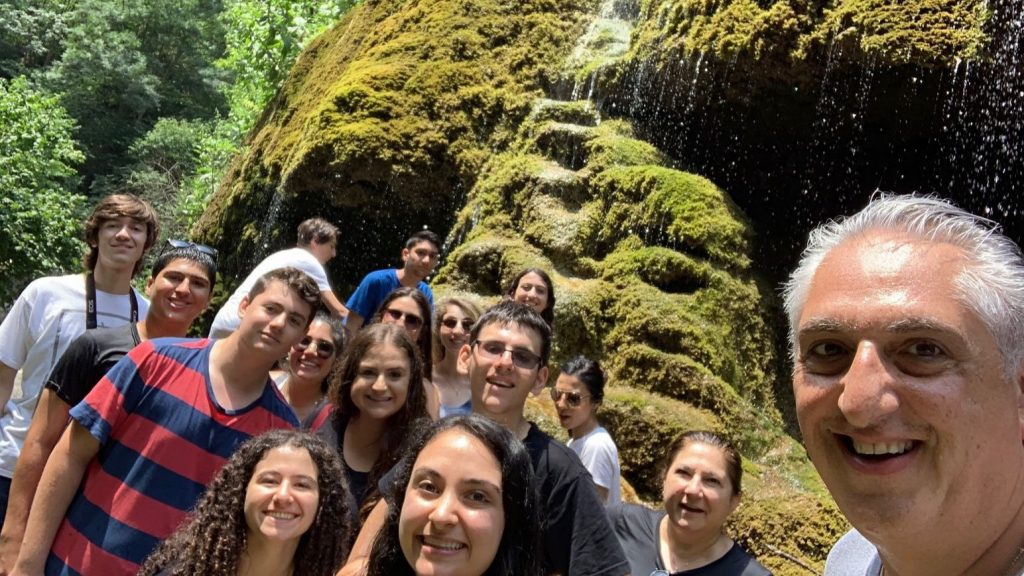 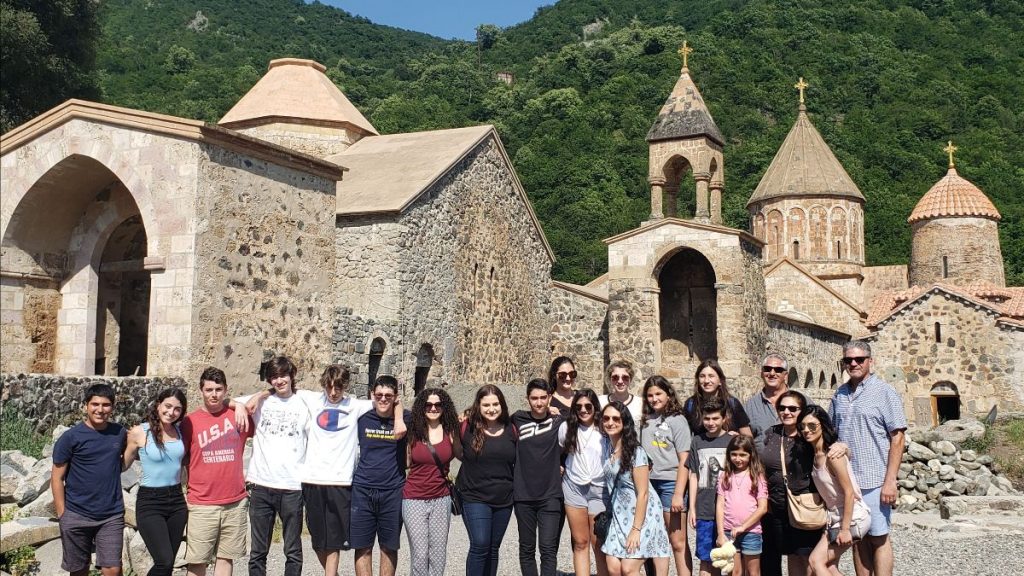 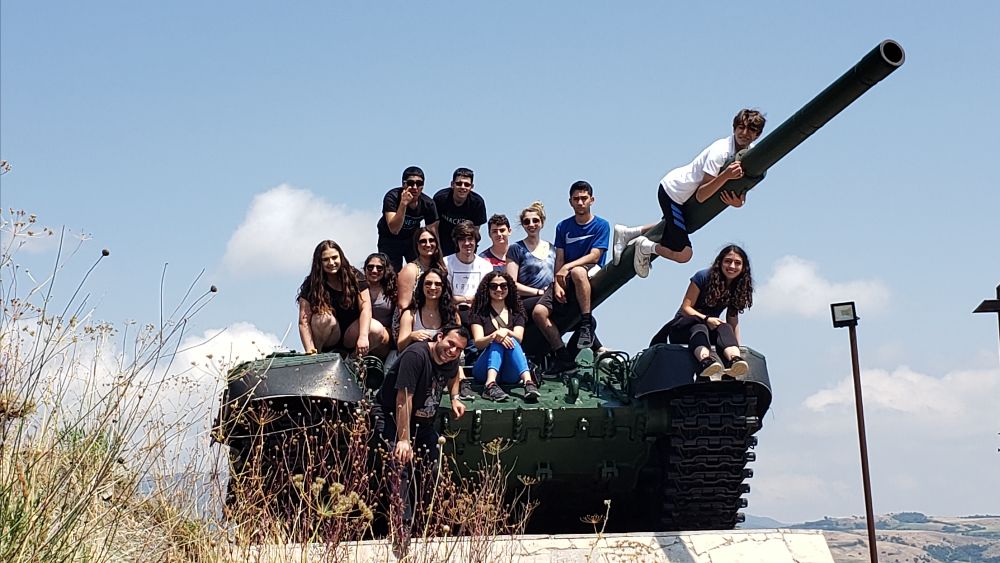 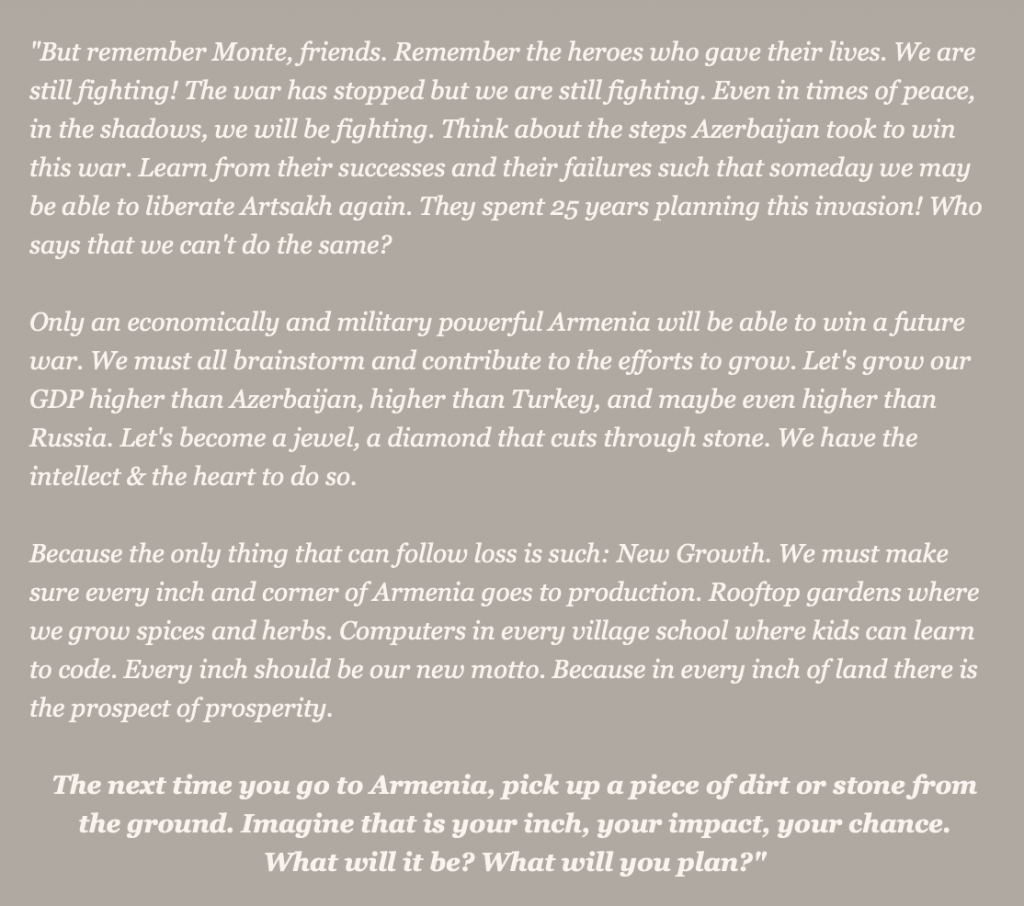 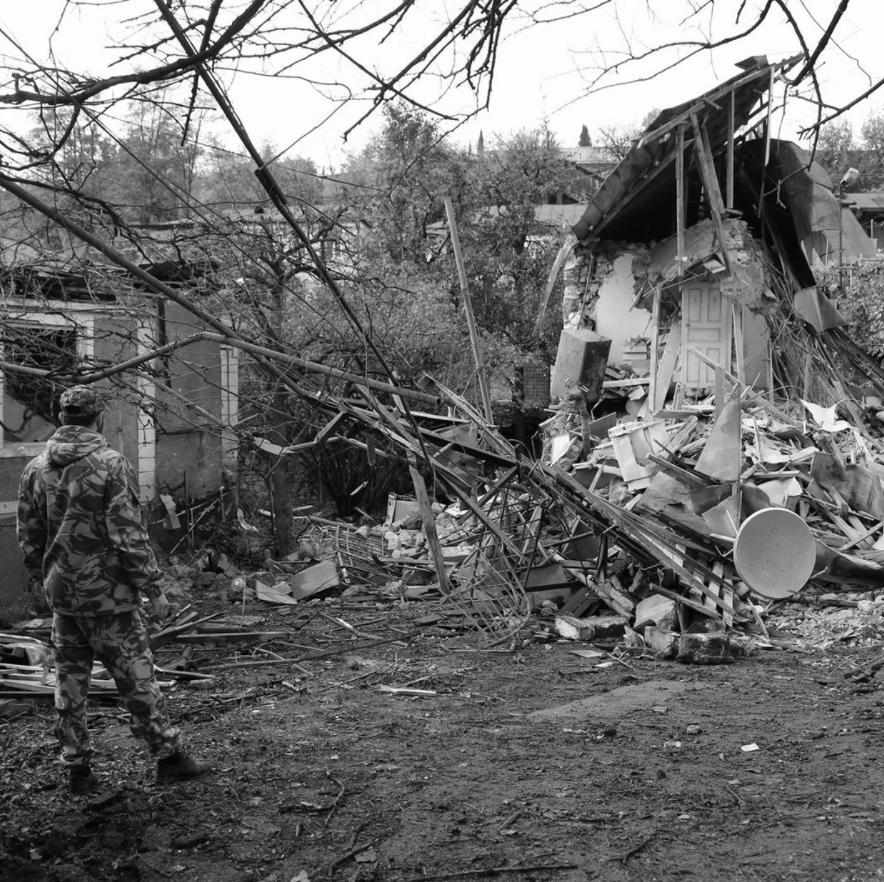 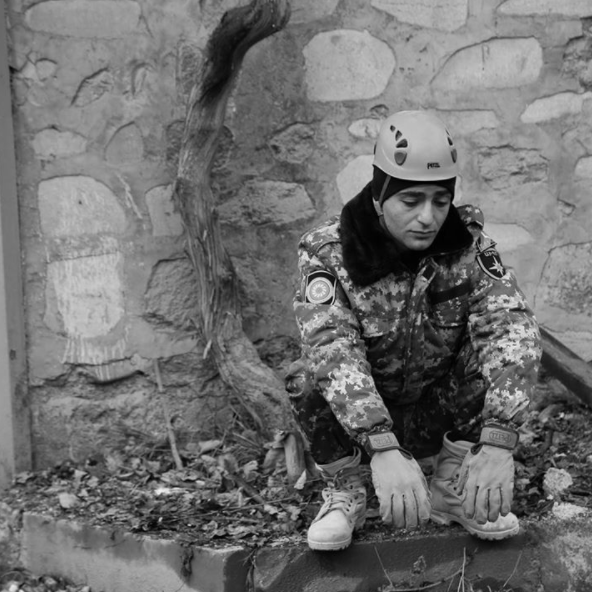 WE MUST ACT NOW. Here is how you can help:

2. Donate to Armenia Fund. If you already donated, call someone you know and ask them to donate.

NATO Must Eject Turkey – Email Template For You To Use! 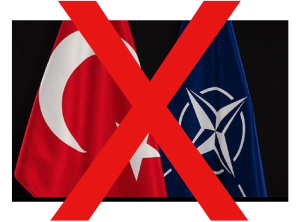 WE MUST ACT NOW. Here is how you can help:

1. Send a note to NATO via email.
Here is pre-filled email template you can use:
Send NATO an email to eject Turkey
*Remember to sign your name at the bottom

2. Donate to Armenia Fund. If you already donated, call someone you know and ask them to donate.
Donate here!

WE MUST ACT NOW! 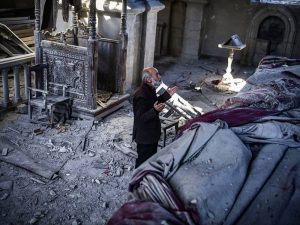 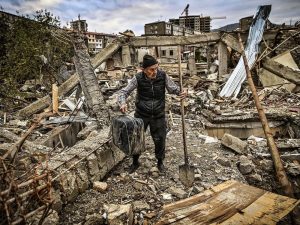 Surprise, Surprise — Not many of us in the Armenian community were surprised to learn that within minutes Azerbaijan for the third time broke the humanitarian ceasefire set to take effect this past Monday morning, which this time was brokered by the United States.  While Azerbaijan and Turkey laugh and snub their noses at the efforts of Russia, Europe and the United States to reach a humanitarian ceasefire, more than 100,000 Armenian civilians are displaced creating a humanitarian crisis and more than 1,000 of our heroes have been martyred defending our homeland.  Azerbaijan’s actions combined with Turkey’s support cannot go unchecked. WE MUST ACT NOW.

Here is what you must do immediately:

Azerbaijan and Turkey have made it perfectly clear that they intend on fighting until no Armenians are left in Artsakh and possibly even Armenia.  We must continue to rally the 10 million strong diaspora into a new global Armenian army to fight for our right to survive.  Please act now,  again tomorrow, the next day, until Azerbaijan and Turkey agree to allow Armenia and Artsakh to live in peace.

The defenders of our homeland need our help! As the weather gets colder and the war with Azerbaijan continues, thousands of volunteers have enlisted to help–and they need warm, quality winter coats.

Our goal is to supply a minimum of 1,000 coats via air freight to Armenia in the coming weeks. Please consider making a $75 donation to help us purchase a warm winter coat, liner and cover shipping toArmenia. This is an urgent and time sensitive need. 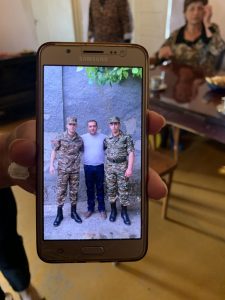 Let’s work together to reach our goal and provide over 1,000 heroes with coats this coming week!

With your generous support, and that of the generous anonymous support of those donors who established and increased the challenge match, we raised $100,000 for the Armenia Fund!

Make no mistake, our fight has just begun. On October 10th, a humanitarian ceasefire was brokered in Moscow between Armenian and Azerbaijan. It is unclear if this ceasefire will stick, or only be used as an excuse to give Azerbaijan a chance to regroup.  The Armenian Defense Ministry was announcing heavy attacks on civilians in Hadrut beginning 30 minutes after the start of the agreed upon time.  Drone strikes also took place in Armenia’s Syunik region’s Yeritsvank village.

Once the attacks have stopped, we will turn our attention to the task of rebuilding these communities.  In the coming days we will extend our Emergency Reconstruction Fund that was established in July following the brutal attacks against civilian communities in Armenia’s Tavush Region to help address the monumental task ahead of our community in rebuilding Artaskh.

We must remain active and support the aggressive effort spearheaded by the Armenian National Committee and Armenian Assembly to cut all military aid to Azerbaijan and Turkey along with their other critical initiatives.

This war is being fought on the battlefield, in the media and in diplomatic circles and we must do whatever we can to win.

Help us meet our match! We have received a challenge grant from an anonymous donor, who is matching donations up to $25,000, which will allow us to donate $50,000 to Armenia Fund in support of Artsakh with your help!

*Only donations made through our website will be matched. Please use the link above to donate.

The Azeri attack on civilian targets throughout Artsakh and parts of Armenia have created a humanitarian crisis. Turkey’s involvement, and that of confirmed jihadist fighters threatens the Armenian nation’s existence.  The time is now to support Armenia and Artsakh’s humanitarian needs by joining the worldwide effort to support Armenia Fund.  Donate now and donate generously to help our brothers and sisters in this time of need.

All donations made through this link will be matched up to $25,000 regardless of the amount.  Please visit our website to donate or mail checks to the following address with a note saying “challenge grant”:

Funds from this challenge grant will be donated to support Armenia Fund in their entirety.  For more information about this effort, please contact (310) 400-9061 or email:  info@parosfoundation.org.

Armenia, we are with you ✊

As you are reading this brief update, our brothers and sisters in Artsakh and in parts of Armenia are under heavy artillery attack by the Azeris. Official sources have acknowledged at least 200 Armenian casualties including civilians. Armenia’s Prime Minister Nikol Pashinyan in a statement released earlier today said that this battle is not about land or territory, it is about the elimination of the Armenian people.

Reports have been released by the Armenian and Artsakh Governments that Turkey has recruited upwards of 4,000 Syrian mercenaries to fight for Azerbaijan. In addition, American made, Turkish deployed F-16s are attacking targets in Artsakh and Armenia proper. In fact, it is reported that Turkey is now leading Azerbaijan’s air campaign from Kars and Erzurum. The Armenian Government reports that 150 high ranking Turkish soldiers are on the ground in Azerbaijan coordinating attacks.

Civilian populations in Stepanakert, Martakert, Martuni and Hadrut have come under attack. Civilians in Armenia’s Vardenis and surrounding villages have also been shelled. Two French journalists have been injured (one of them in critical condition) as a result of the Azeri attacks. In addition to the tragic loss of life, homes and infrastructure in these communities have been significantly damaged. Azeri surveillance drones made their way all the way to Armenia’s Kotayk Region just outside of Yerevan before they were shot down.

The OSCE Co-Chairs of Russia, France and the United States have called upon Armenia and Azerbaijan to end hostilities and loss of life and return to the negotiation table. Azerbaijan has refused and Turkey has publicly stated that they wish Azerbaijan will fight on until Artsakh is Armenian free. Russia and Iran have both offered to help facilitate peace talks. The US Congress has introduced a Resolution condemning Azerbaijan’s attack.

What must you do?

Send letters and make phone calls to your elected officials to support the Resolution in Congress and immediately cut military assistance to Azerbaijan and sanction Turkey for their actions.

2. Donate to the All Armenia Fund.

The Governments of Armenia and Artsakh have asked the entire diaspora to NOT start individual fundraising efforts, but to rally around the All Armenia Fund and make all donations to this organization. Please visit www.armeniafund.org to make your donation.

According to consolidated media reports, almost 3,000 people have been killed on the Azeri side, and they have sustained more than 3,300 injuries. Armenian forces have destroyed 114 drones, 14 helicopters, 247 Tanks and armored vehicles, 3 TOS systems, 1 smerch system and 11 aircrafts since the start of the attack.

It is our hope that a ceasefire can be quickly reached to prevent further loss of life among our brothers and sister and at that point, we will determine how best to help rebuild. Please act now!