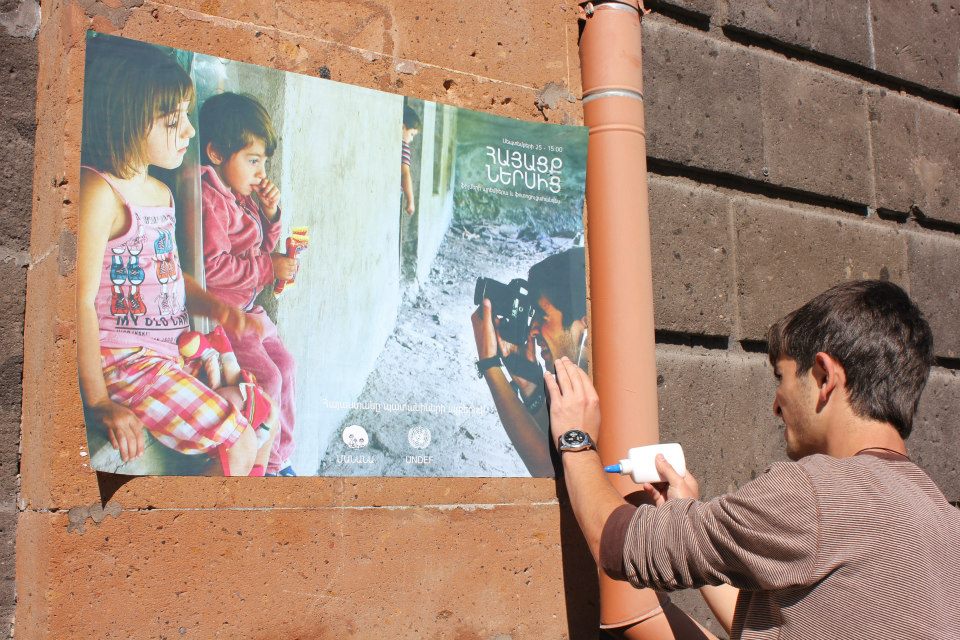 “We have been working towards the goal of enabling all of country’s young people to benefit from our proven educational programs.” Said Ruzan Baghdasaryan, Executive Director of the Manana Youth Center. “Our workshops will introduce basic skills in the areas of journalism, photojournalism and filmmaking.”

Participants, under the supervision of our expert instructors, produced films, shot photos and conducted interviews. An exhibition and film screening was held in Gyumri in the fall to feature Manana student’s works from the various regions. In 2014, these workshops will continue and a curated final exhibition will be held in Yerevan.

In August, Manana Youth Center organized a crowd funding campaign on Indiegogo and raised $5,000 for Sand Animals. The students of the Manana Animation Studio are currently implementing this animation project.

“This is the seventh year The Paros Foundation is providing support to the Manana Youth Center in the form of a grant for operational funding and quality program and office space. Said Peter Abajian, Executive Director of The Paros Foundation. “It is inspiring that the Manana team has attracted prestigious funding for their training and the development of specific creative projects. Providing these opportunities for Armenia’s children encourages a young persons curiosity and his or her ability to express themselves.”

Other 2013 milestones included the presentation of two feature film documentaries at the Golden Apricot International Film Festival by Manana Films, the film production division of Manana Youth Center.
The Beginnings, a co-production documentary with Turkey, directed by Somnur Vardar, and Hit The Road: India – a travel adventure documentary, recognized later as an amazing adventure film of 2013 by Vimeo and Vanity Fair Italy were both well received by audiences. Hit The Road: India is now being successfully distributed via major digital platforms and will be broadcasted by several TV channels in 2014. The Manana film Everyone, who will meet me, won the Highlight Award at Young Filmmaker International Festival in Rio de Janeiro, Brazil.

The Manana Youth Center is located in Yerevan, Armenia and provides multimedia training and afterschool education to 75 students ages 8 to 18 in the areas of filmmaking, journalism, photography and animation. Children engage in these hands-on activities, but most importantly, the skills they learn greatly improve their critical thinking.

In 2014 funding is needed to upgrade their equipment and to expand the program for an additional 20 children. The Manana Youth Center depends on support from the community and donors to meet its important mission. To get involved please contact Peter Abajian (310) 400-9061; and, to contribute please visit www.mananayouth.org. Support from The Paros Foundation underwrites all administrative expenses allowing donor contributions to be allocated directly to Manana’s student programs.