The Importance of Tavush: The Paros Foundation Rebuilds Border Villages in Armenia

Tavush is not in Artsakh!
When Azerbaijan started bombing villages along the Tavush border in mid-July, many people in the Armenian diaspora and elsewhere mistakenly assumed that they were shelling a part of Artsakh. And looking out at any of the verdant valleys in Tavush, you’d be forgiven for thinking that you were actually in Switzerland or some lost corner of paradise. But Tavush is in fact part and parcel of the Republic of Armenia proper, making Azerbaijan’s actions all the more provocative as they shattered any illusion that Armenia is not in danger of getting embroiled in an all-out war again. Located in the country’s northeastern edge and bordered by Georgia to the North and Azerbaijan to the East, Tavush is an ancient Armenian province. Its scenic 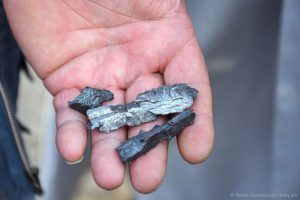 capital of Ijevan–once an important rest stop on international trade routes–sits at the foothills of the Gugark Mountains, on the shores of the Aghstev River. The region measures just 2,704 km² (about one-fourth the size of Rhode Island) and on a good day has a population of just over 125,000 people.

Shelling from the other side of the border is nothing new to the farmers and other villagers who live in the region, some of whose families have been tilling the land from time immemorial. Two of its more isolated cities for example, Berd and Noyemberyan, regularly receive volleys of sniper shots from Azeri positions. As a result of this and other factors village men often leave to find work in Russia—predictably, many never return. Perhaps in desperation or out of a sense of duty, some have also signed up as contract soldiers and can be found at their military posts guarding the border—and this, for about $300 a month. This puts additional stress on the village women, who must tend to all domestic duties alone, from tilling gardens to caring for their animals, children and extended families. As a result of these precarious situations, Armenians in the region are more likely to have smaller families, which poses a demographic threat and becomes a national security issue. 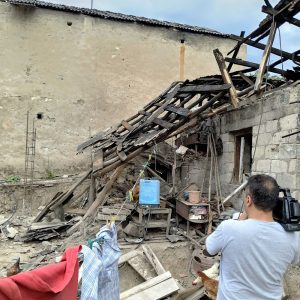 Founded in 2006 by Roger Strauch in part to address these ongoing concerns, the Paros Foundation understood from the start the strategic importance of these border positions and of helping Tavush region in general. Since 2011 they have been working to strengthen them, rebuilding houses that have been shelled and providing jobs for Armenians on the front line through its many programs. The foundation has developed a strategic and somewhat niche approach to help remedy these problems: “We implement mid-sized infrastructure improvement projects in order to raise awareness and improve conditions for these residents and ultimately help to secure the border,” explains Executive Director Peter Abajian.

Altogether from 2013 to 2020, Paros has spent almost $1.1 million in Tavush on 65 different projects. Most remarkably the foundation has no administrative costs whatsoever, “The Strauch Kulhanjian family underwrites 100% of our administrative expenses, which allows donors to allocate their contributions directly to projects,” said Abajian. In the border village of Nerkin Karmir Aghbyur, with support from Jean-Marie Atamian and his family, Paros has made major improvements to the water system, local school, kindergarten and medical center. Apart from improving infrastructure, the foundation is currently in the process of implementing an economic development project, establishing a fruit orchard with over 1,000 trees. All of these undertakings have helped to stabilize the community and led to a doubling of the annual birth rate from 2013 to today. As is evident to anyone who visits the region, border villages have been especially hard hit economically since hostilities erupted over a two decades ago between Armenia and Azerbaijan, in part because some 70% of the land in any particular village lies too close to the border to be farmed or to graze animals without the risk of being shot and killed.

Donate to Paros and Help Make Armenia Safe
As Abajian also points out, there are a wealth of current and planned programs available for interested donors. “Our work in Tavush along the border will be continuing for the foreseeable future with two major projects in Aygepar including the 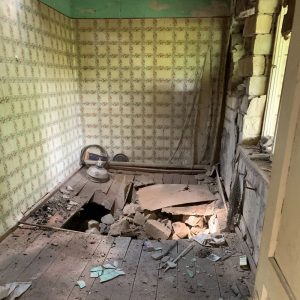 reconstruction of a large apartment building and the creation of an agriculture incubator facility,” said Abajian. Some are larger in scale than others, but all are affordable for anyone interested, as donations of any size can be made in true crowdfunding fashion. One particularly interesting program “Recycling on the Border” seeks to partner with the Innovative Solutions for Sustainable Development of Communities NGO (“ISSD”) in order to implement recycling education at schools in ten villages. The children will be provided with colored bins and will collect trash that is then sent to proper recycling facilities. This gives both children and their families a stronger stake in their communities—teaching them about recycling but also to care about their environment and to be happier within it. The point of Paros Foundation programs isn’t simply to patch up existing problems but to find long-term solutions for building a happy and prosperous Armenia.

A Crucial Moment In History: States don’t Have Friends, only Interests.
With the almost unbelievable news that Turkey’s Volkan Bektir is taking over the Presidency of the landmark 75th General Assembly of the United Nations, and even more remarkable threats coming from Azerbaijan’s President Aliyev to bombard Medzamor, Armenia’s nuclear plant, the young Third Republic faces an existential crisis. Fighting off two enemies, one on each side of its border, will be no easy task. And while events such as the recent destruction of Beirut Port and the COVID-19 pandemic have grabbed everyone’s attention and resources of late, a global leadership vacuum now exists that presents an existential threat for Armenia. Just as no Western power came to Armenia’s defense in 1915, none will do so now. It’s up to the diaspora to support organizations like Paros that understand how to help defend and strengthen Armenia through crucial infrastructure and life-saving projects. As Charentz famously wrote: “Oh Armenian people, your only salvation lies in the power of your unity.”

You can find out more about the Paros Foundation and its many projects at www.parosfoundation.org

Christopher Atamian is an Armenian-Italian writer, translator and filmmaker living in New York City. You can obtain a copy of his latest book, A Poet in Washington Heights, which was awarded the 2017018 Tololyan Literary Award and nominated for a National Book Award, at https://www.amazon.com/Washington-Heights-Christopher-Peter-Atamian/dp/197648393X 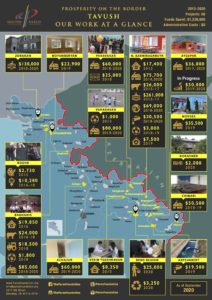 DEBI ARACH IS BACK!

Armenia, we are with you ✊