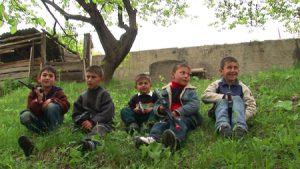 The international premiere screening of the film took place in Istanbul International Film Festival in April.

Neighbors is a feature-length documentary tell about two villages situated on both sides of Armenian-Turkish border. The film is made with the support of Royal Norwegian Embassy and Armenia Turkey Cinema Platform.

The European premiere screening of the film will take place in Fall.

In commemoration of the Armenian Genocide and Easter