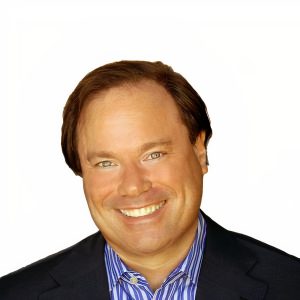 Roger Strauch is chairman of The Roda Group, an early stage venture capital group, based in Berkeley, California. Roger co-founded the firm with Dan Miller in 1997. The firm is focused on investment opportunities that address the consequences of climate change, stress on the Earth’s natural resources and the increased demand for low carbon energy. The Roda Group is lead or co-lead investors in: mOasis, which has developed a polymer based soil amendment that increases water and nutrient retention around the roots of plants; Inventys, which has developed a post-combustion CO2 capture technology for power plants; Gridtential Energy, Inc., which has developed an advanced lead acid battery that incorporates semiconductor wafers inside the battery to greatly increase performance in energy storage applications; and Axine Water Technologies, which has developed a low cost and chemical-free solution for treating industrial wastewater.

The Roda Group was the largest investor in Solazyme, now known as TerraVia (Nasdaq: TVIA), a renewable oil and bioproducts company and the leader in algal biotechnology. The Roda Group led or co-led every round of the company’s financings. In 2011 Solazyme set an industrial biotech funds raising record of $227M when they priced their IPO.

He was CEO and former chairman of Ask Jeeves (now Ask.com) a leading search engine on the web. Mr. Strauch was a board member and former CEO of Symmetricom, now known as Microsemi (Nasdaq: MSCC), a public telecommunications equipment manufacturer. In 1983 he co-founded TCSI Corp., a telecom software company. As TCSI’s chairman and CEO, Mr. Strauch led the company from a start-up to a successful IPO in 1991 and secondary public offering in 1996. Prior to TCSI, he was a communications system engineer and project manager for Hughes Aircraft’s (now Boeing) Space and Communications Group.

Mr. Strauch is the Chairman of the Paros Foundation which supports arts and education organizations in Armenia. Roger co-founded and was an owner of ICON Communications, a broadband ISP in Armenia utilitizing WiMax technology.

For forty years, Roger has been a licensed amateur radio operator – he holds an extra class license. His current call sign is KD6UO and it was WA1KZE.