The village of Nerkin Tsaghkavan is located in Armenia’s Tavush Region on the road to Noyemberyan and is home to more than 500 people.  Both the village of Nerkin Tsaghkavan and the neighboring village of Kirants do not have a kindergarten for its children.  The village has allocated a building centrally located in the village to house a future kindergarten.  In addition, the consolidated community has funding available for the kindergarten’s operational expenses once it is built.  The Paros team has visited this kindergarten and designed construction to include its future expansion to house two groups of up to 60 children.  Initial construction will allow for the kindergarten to begin operation with one group (30 children).  Construction will include a new roof, windows, heating and a playroom, sleep room, kitchen/dining hall, bathroom and small office.

In addition, the project will include the furnishing of the kindergarten with all furniture necessary to launch operations including tables, chairs, beds, lockers, kitchen cabinets, desks, and appliances. 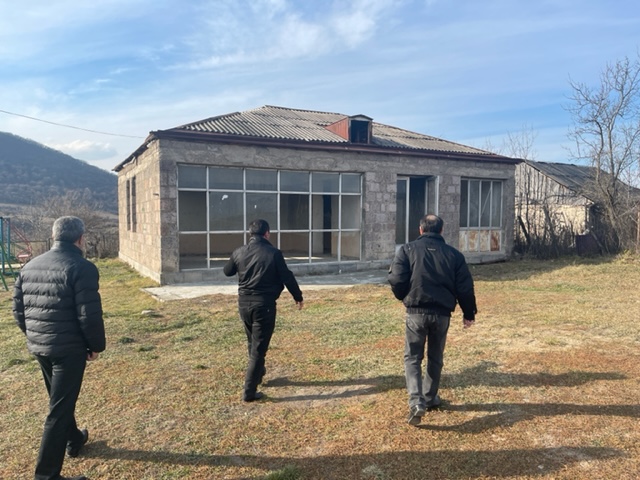 Paros staff visited the building identified as suitable for the Verin Tsaghkavan kindergarten.

The village of Verin Tsaghkavan does not have a kindergarten for its children.  More than 30 children of kindergarten age live in the village.  The government has funding to operate a kindergarten, but not for construction, however they have allocated a suitable building for this purpose.

In the short term, a modest economic boost will be realized as local construction materials and labor will be used whenever possible. Once open, at least four new employment positions will be created at the kindergarten.