Vahe is a contract soldier, guarding the border in two- week shifts each month.  Varsik is retired.  They live in a large home of about 2,250 square feet.  They have one cow, two calves and a pig.  They also have a large plot of land near their home for the family garden.  Their home needs to be completely remodeled including a new roof, new windows, heating system, bathroom, kitchen and a full interior remodel.  This will allow the family to leave in clean, sanitary and comfortable conditions. 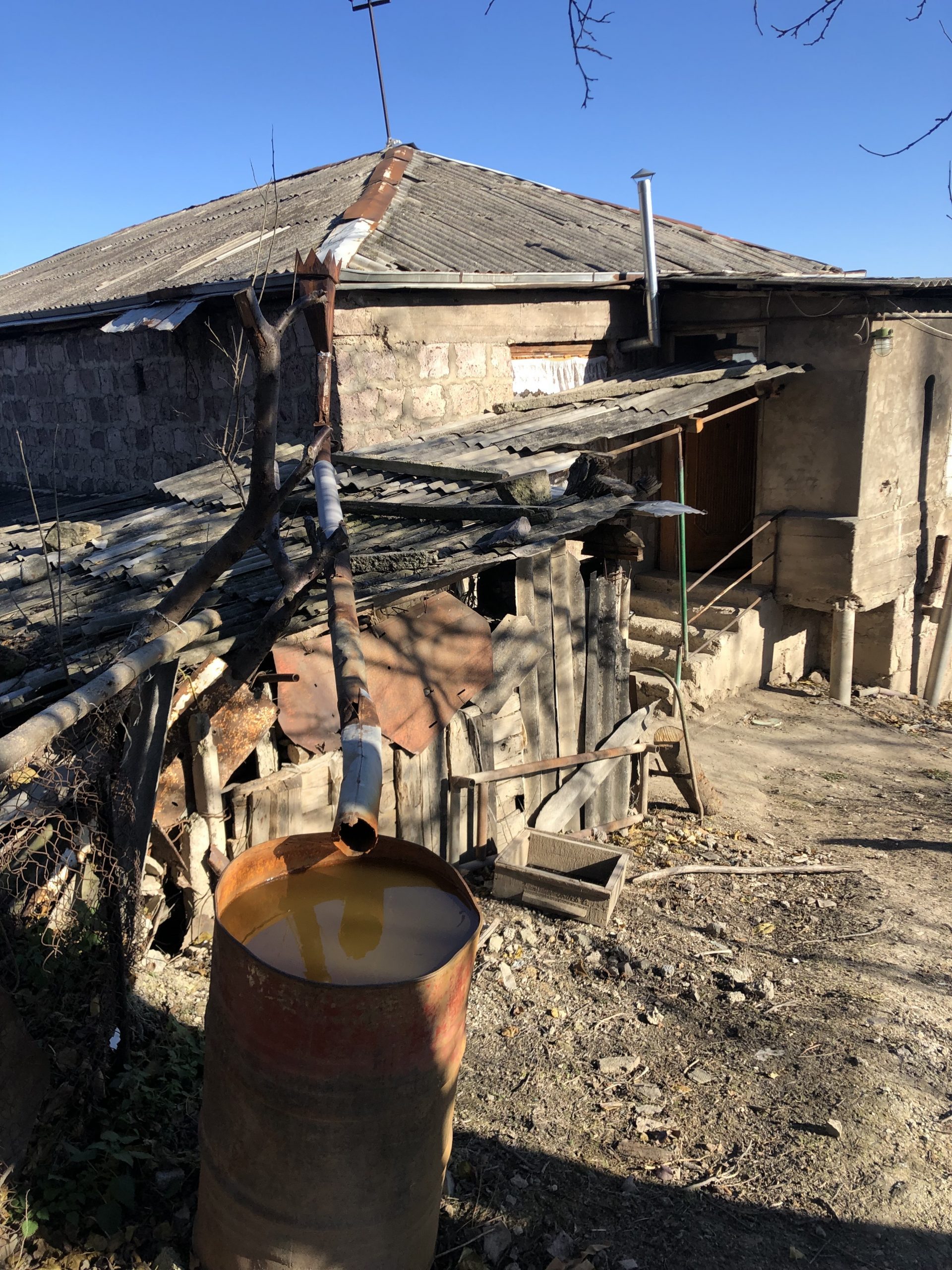 Varsik V. and her family live in this large home in Nerkin Karmir Aghbyur. 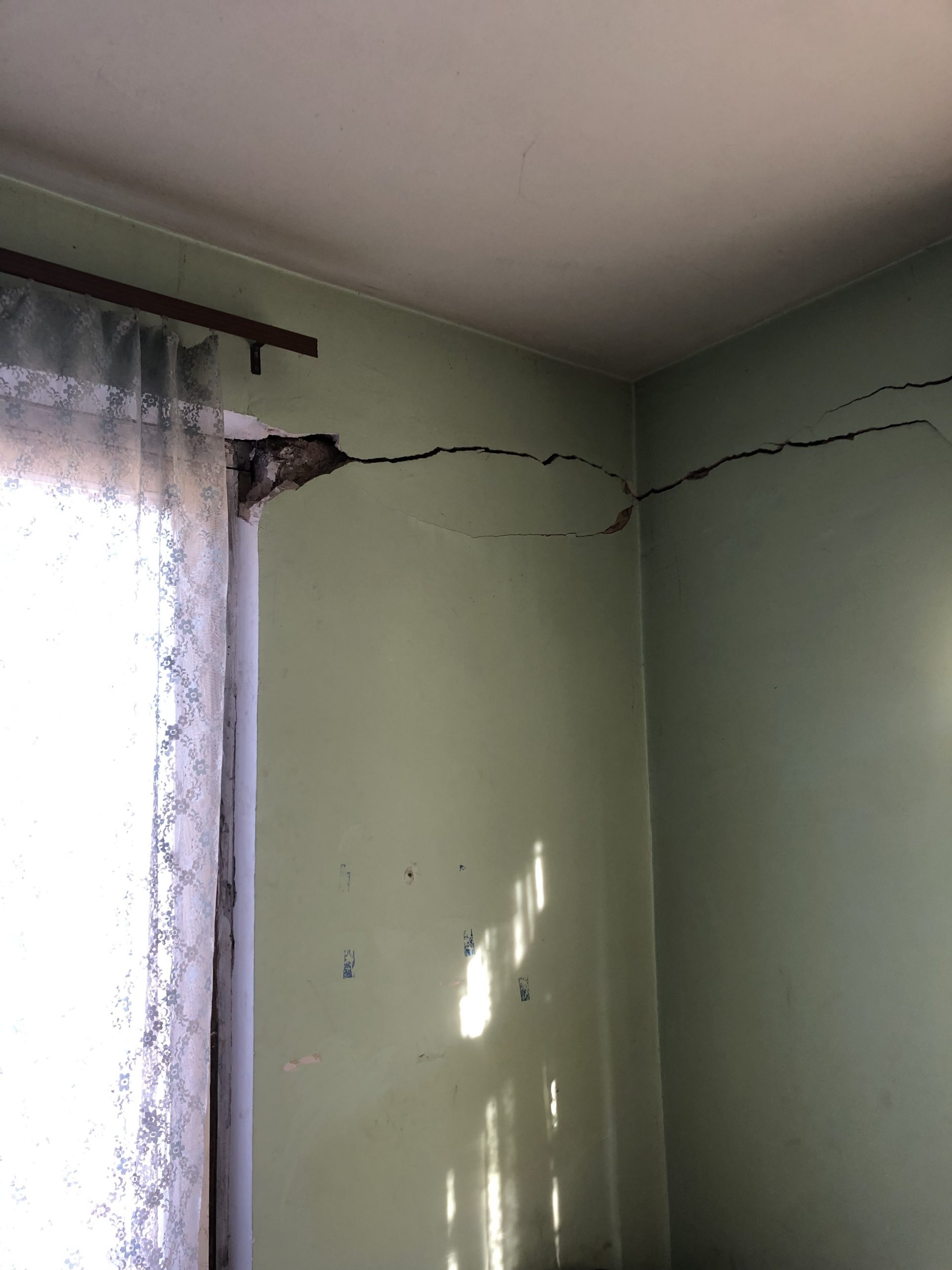 Varsik's home has several significant cracks in the walls that create unsafe conditions. 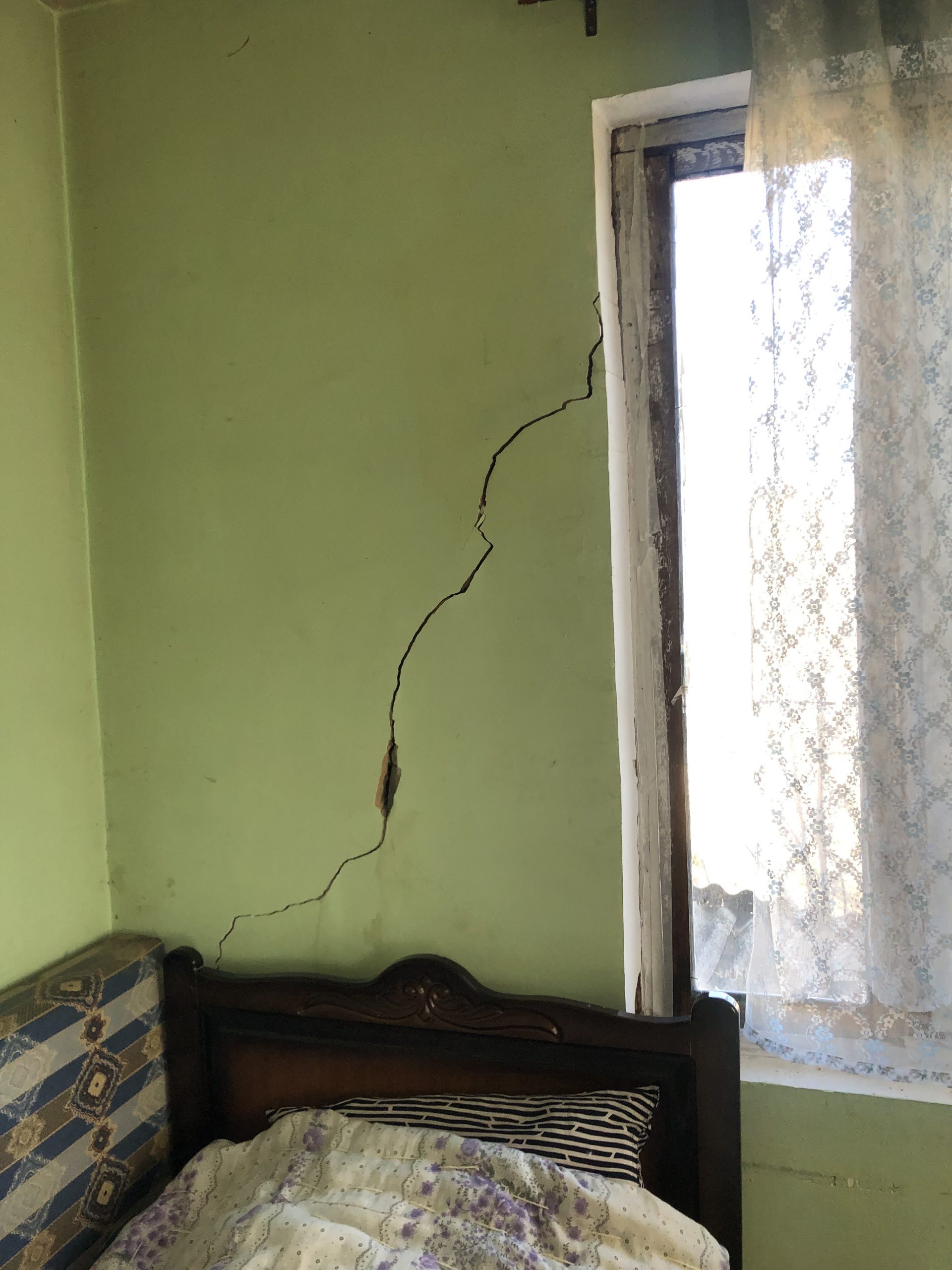 Cracks exist in the walls throughout Varsik's home. 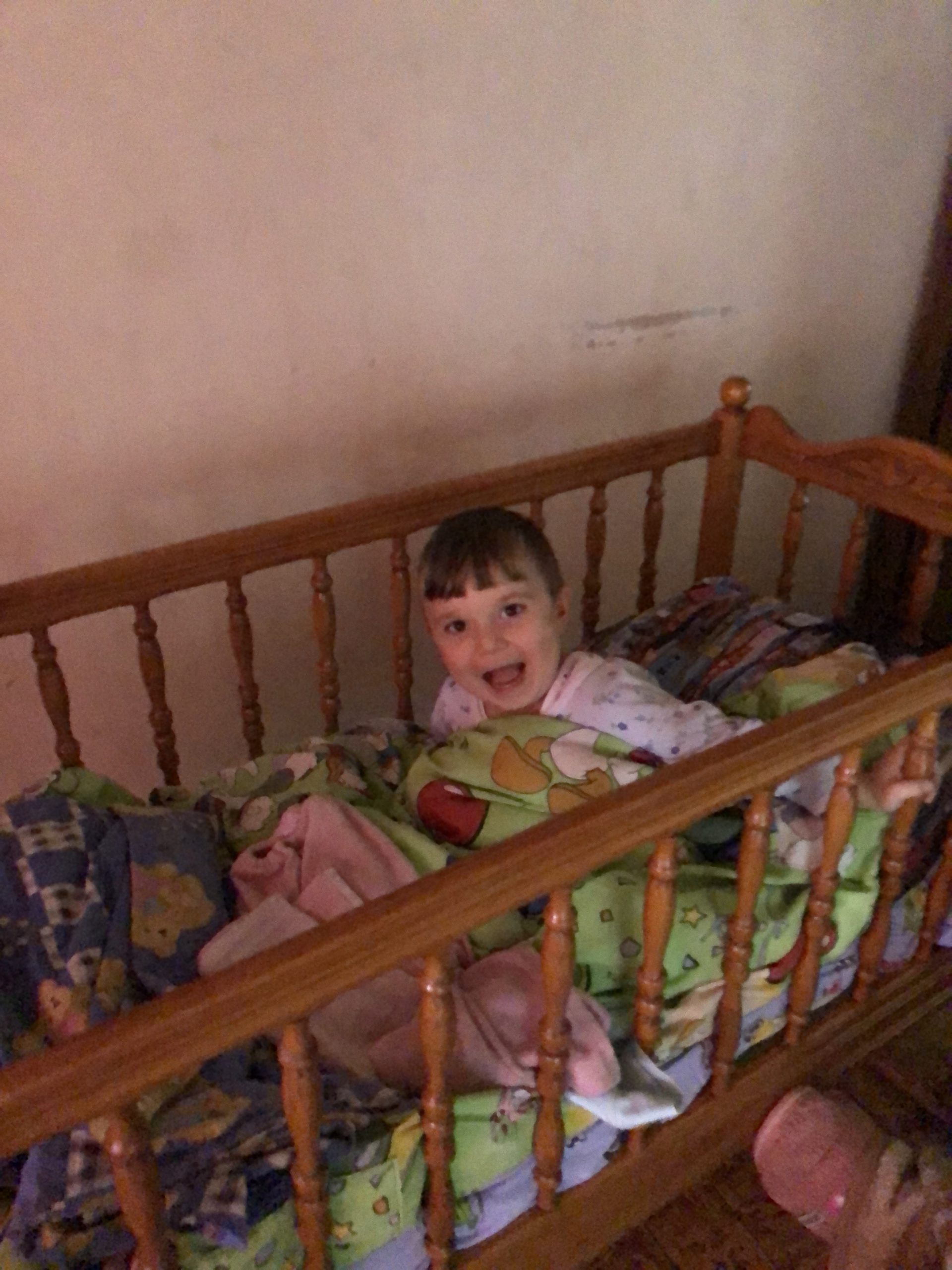 One of Varsik's four grand-children that live in their home. 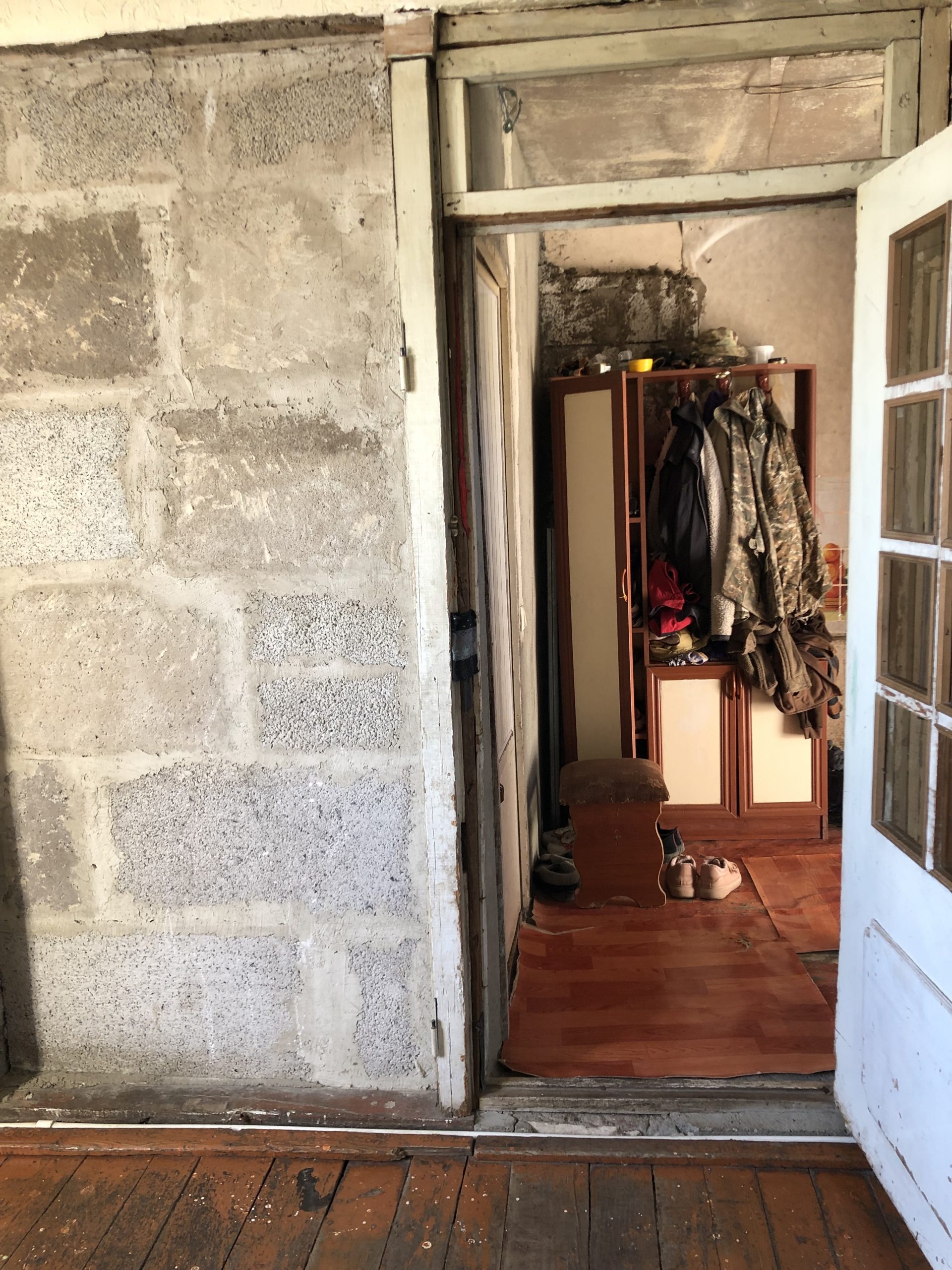 The part of the exterior wall at Varsik's home is unfinished.

Varsik V.’s home needs to be completely renovated to help this border family live in a clean, safe and comfortable environment.

In the long term, Varsik’s family will thrive in their new home and the community as a whole will benefit as conditions in their community continue to improve.