Following the 1988 Spitak Earthquake, tens of thousands of people were left homeless in the City of Gyumri. Many of these families took refuge in the overseas shipping containers (domiks) that were shipped into Armenia loaded with humanitarian relief supplies, or in condemned buildings. An entire generation of children have grown up in deplorable conditions, often times with no running water and little or no heat. The Armenian government has provided most of the families that lost their homes in the Earthquake with new housing units.

As people moved out of those makeshift housing units, others moved in. The 2,500 or so families that remain are Gyumri’s desolate families, who are not in line to receive a government provided apartment. Many of these families are comprised of single mothers, multiple children and/or the disabled.

This project will identify suitable needy families who can be moved into a new apartment and can demonstrate that they can afford their monthly expenses. Agreements will be signed passing ownership of the apartment to the chosen family, with the stipulation that until their youngest child reaches 18 years of age, the family cannot sell, rent or move. This is a sustainable model in that families that have been moved into permanent housing in the past have had a high degree of success maintaining their families and their new homes.

Once the move is complete, the make shift housing unit will be destroyed to prevent its future occupancy.

When Kym Aghayan was a young man, he and his family lived in Baku.  During the 1988 pograms, his family fled to Armenia and settled in Gyumri.  They were provided an apartment in Gyumri by the state, but it was destroyed later that year in the earthquake.  The family later moved into a domik for shelter.  When he was married, Kym purchased a domik to start his own family. 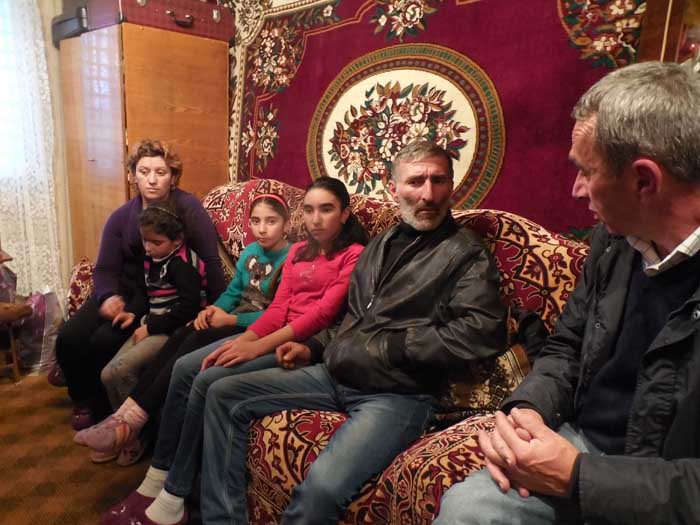 The Aghayan family in their domik with our friend and partner Vahan Tumasyan, President of the Shirak Centre, NGO 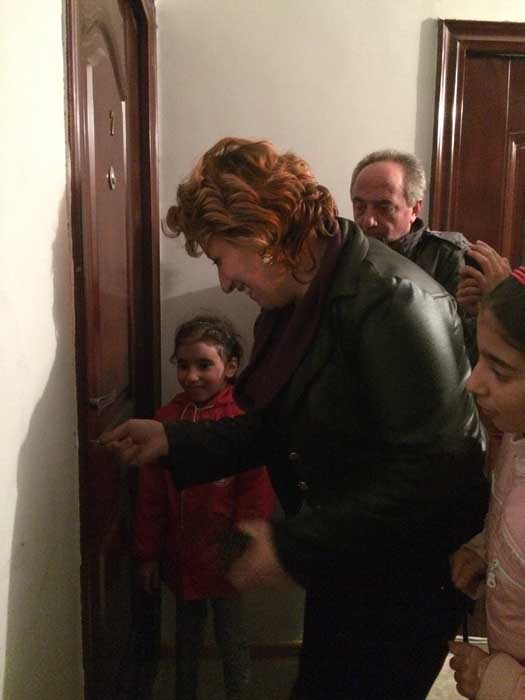 The Aghayan Family entering into their new home. 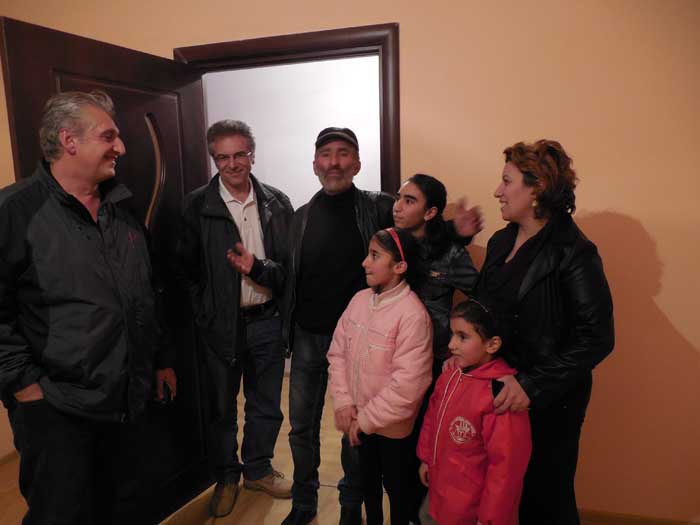 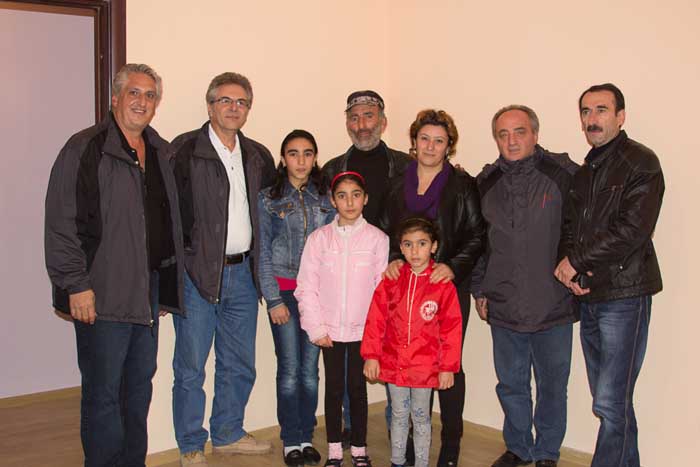 The Aghayan Family and The Paros Foundation staff in the new home. 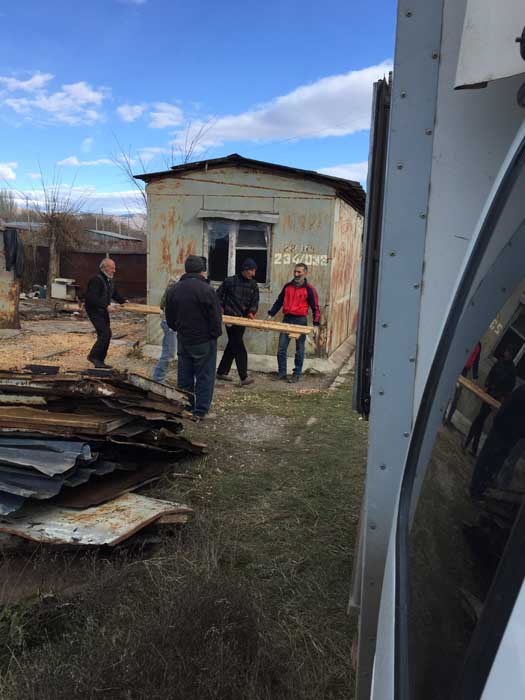 A family will be identified and an appropriate apartment will be purchased for them as soon as possible. The make shift housing unit which they currently occupy will be destroyed.

The city of Gyumri will recover parcels of land currently occupied by these make-shift housing units. In addition, the family’s mental state will improve as a direct result their new and normal home.