Following the 1988 Spitak Earthquake, tens of thousands of people were left homeless in the City of Gyumri. Many of these families took refuge in the overseas shipping containers (domiks) that were shipped into Armenia loaded with humanitarian relief supplies, or in condemned buildings. An entire generation of children has grown up in deplorable conditions, often times with no running water and little or no heat. The Armenian government has provided most of the families that lost their homes in the Earthquake with new housing units.

As people moved out of those makeshift housing units, others moved in. The 2,500 or so families that remain are Gyumri’s desolate families, who are not in line to receive a government provided apartment. Many of these families are comprised of single mothers, multiple children and/or the disabled. This is a sustainable model in that families that have been moved into permanent housing in the past have had a high degree of success maintaining their families and their new homes.

The Matevosyan family has been identified as a family in need of a new home.  Marina, her husband Gevorg and their three children have lived in this domik since Marina and Gevorg purchased it for $1,200 nine years ago.  Gevorg works as a contract soldier and is currently stationed at the border with Azerbaijan.  The family has no running water and their domik is infested with rats. Once the move is complete, the make shift housing unit will be dismantled to prevent its future occupancy. 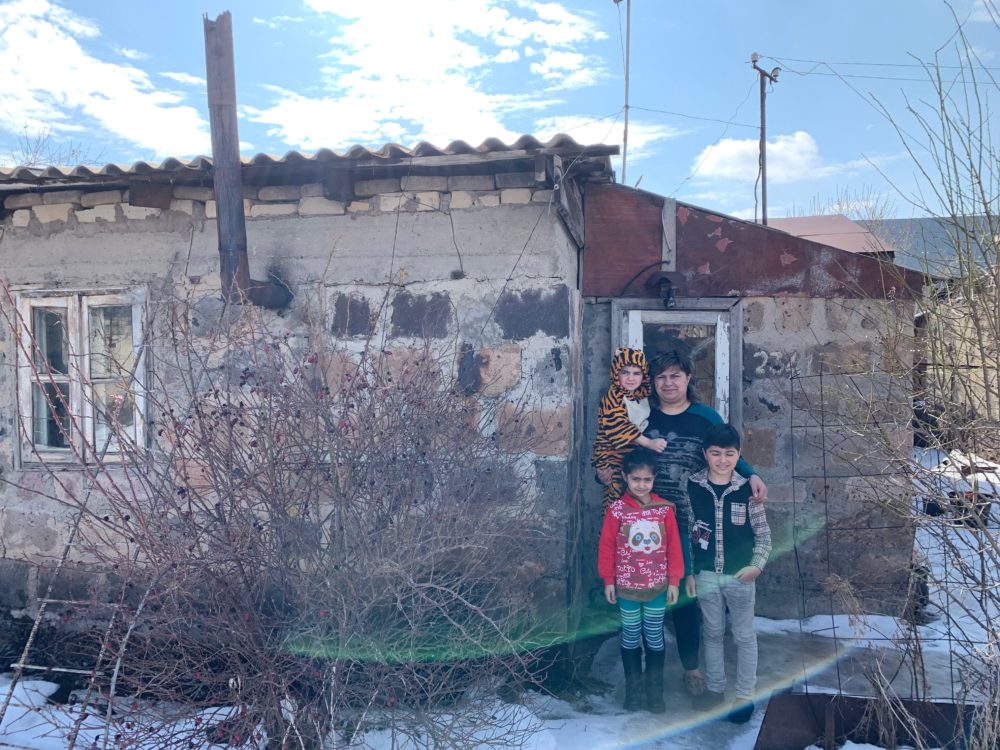 The Matevosyan family outside of their domik. 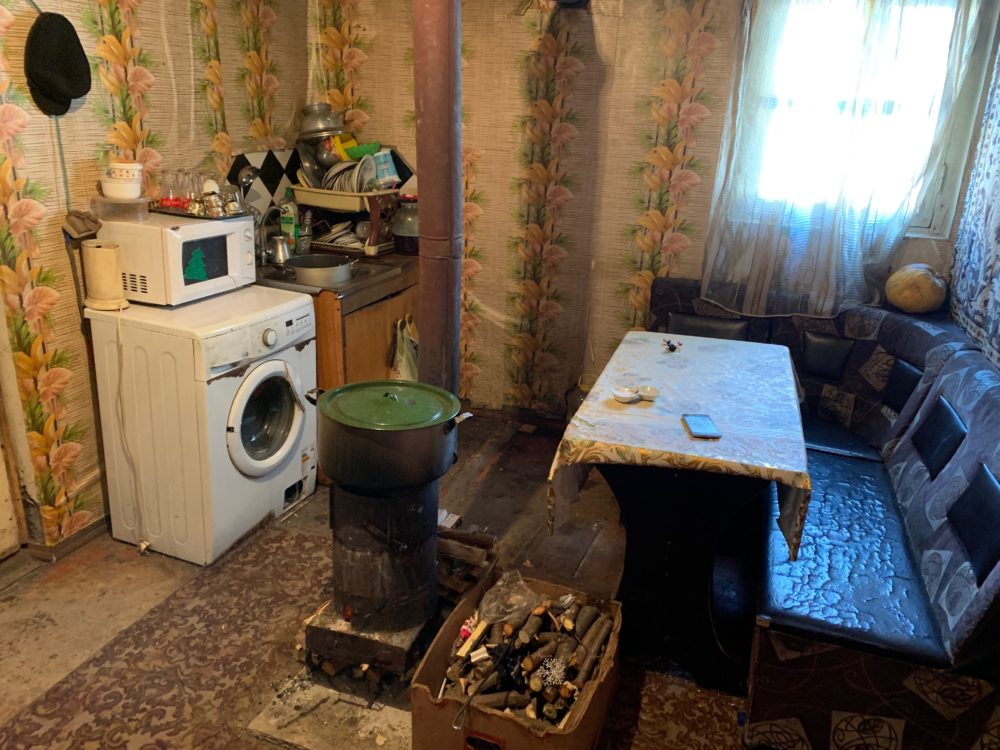 The Matevosyan family has no running water inside their domik because the line was recently destroyed. 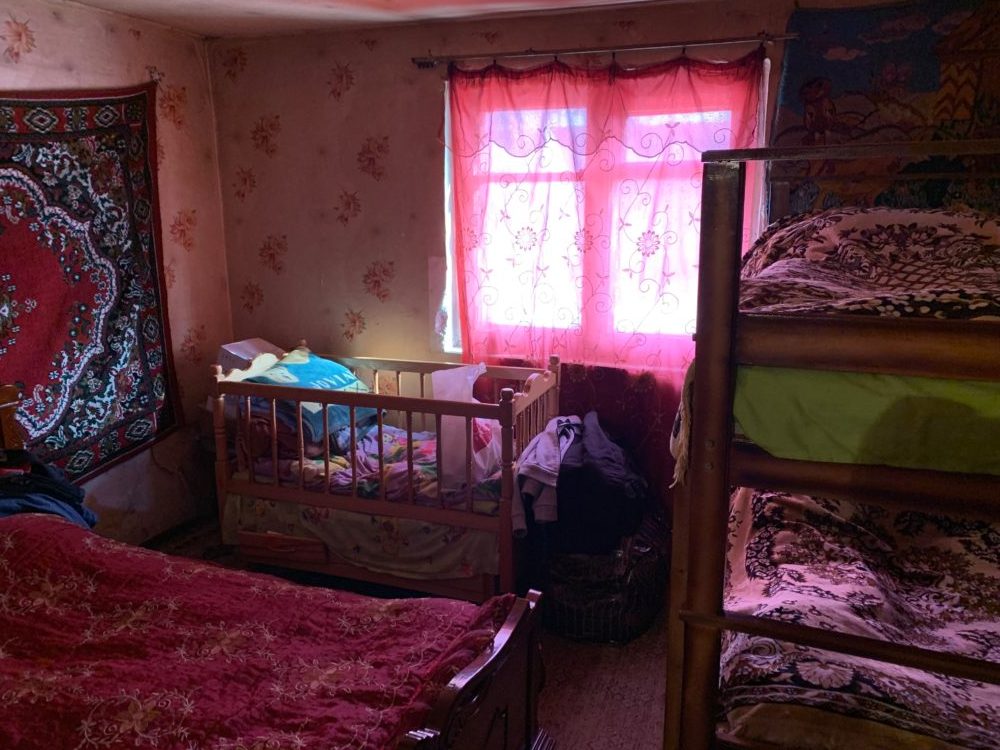 Gayane, who is eight years old was attacked by rats while she was sleeping in her bed. 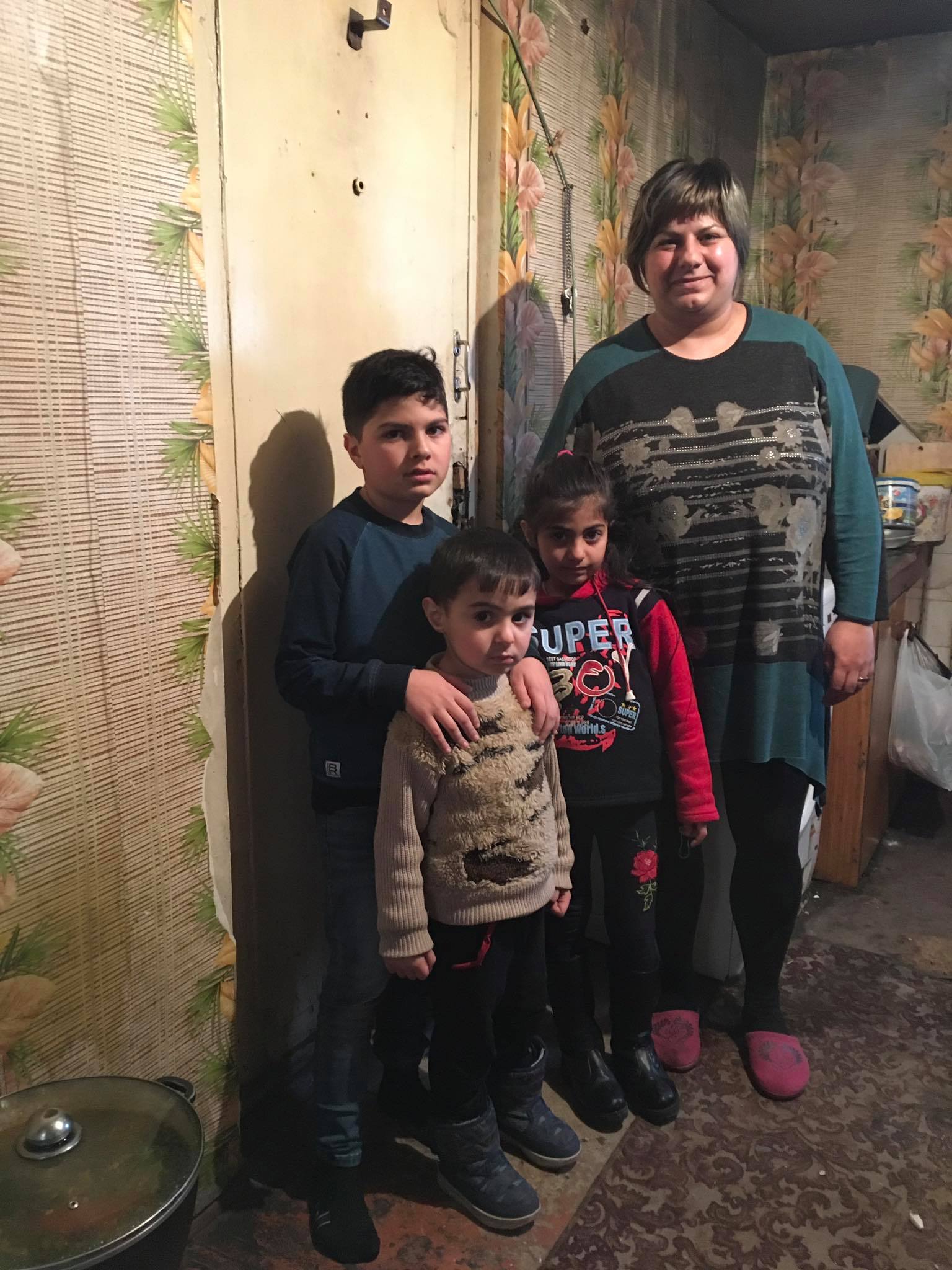 Marina and her three children in their domik.

Immediately, a new apartment will be sought out and purchased for the Matevosyan family. The make shift housing unit which they currently occupy will be dismantled as soon as the family has been moved into their new home.

Today the Paros team along with our friend, Vahan Tumasyan from the Shirak Center told the Matevosyan family the good news that they were selected to receive a new home. Marina called her husband, Gevorg and gave him the good news. Gevorg is stationed at a post on the Azeri border and is due home from his shift in twelve days.

Today The Matevosyan Family became home owners! They signed the purchase contract at the Notary and the gifting agreement with the Paros team.

Moving day! The Matevosyan family said good bye to their old domik and opened a new chapter to their lives. Congratulations!