The town of Nor Hachn is located in the Kotayk region of Armenia and has a population of about 10,000 people. The town was named Nor Hachn in memory of the historic Armenian town of Hachn in Cilicia.

In 1973, a memorial to the Hachn resistance was erected in the town. The memorial is home to the museum of “History of the Armenians of Cilicia.” Every year, on the 2nd Sunday of October, Armenians from all over the world, mainly descendants of the historical town of Hachn, gather to commemorate the 1920 Hachn Resistance. The museum houses many important historical artifacts, including relics from the Armenian Genocide.

The museum, established in the 1970’s, would greatly benefit from additional funds for basic upkeep, preservation of artifacts, renovations to the physical space and operational costs. Sponsorship of this project will help care for these needs and improve the museums condition bringing more and more visitors to Nor Hachn to learn about the rich history of the Armenian people.

One such example if the story go Aguile Tatoulian. During the Armenian Genocide, she shaved off her hair and dressed herself up in men’s fatigues in order to protect herself and defend her city of 35,000, which was being raped and pillaged by the Turks. She was shot in her left rib and lived with that bullet for 67 years. She was 1 of 9 women who survived the massacres of Hachn in 1918. A couple of months after she survived, she wrote and staged a play to raise relief funds for survivors. Before she died in 1985, she requested she not be buried with a Turkish bullet -it sits in the Nor Hachn museum.

One year from start date 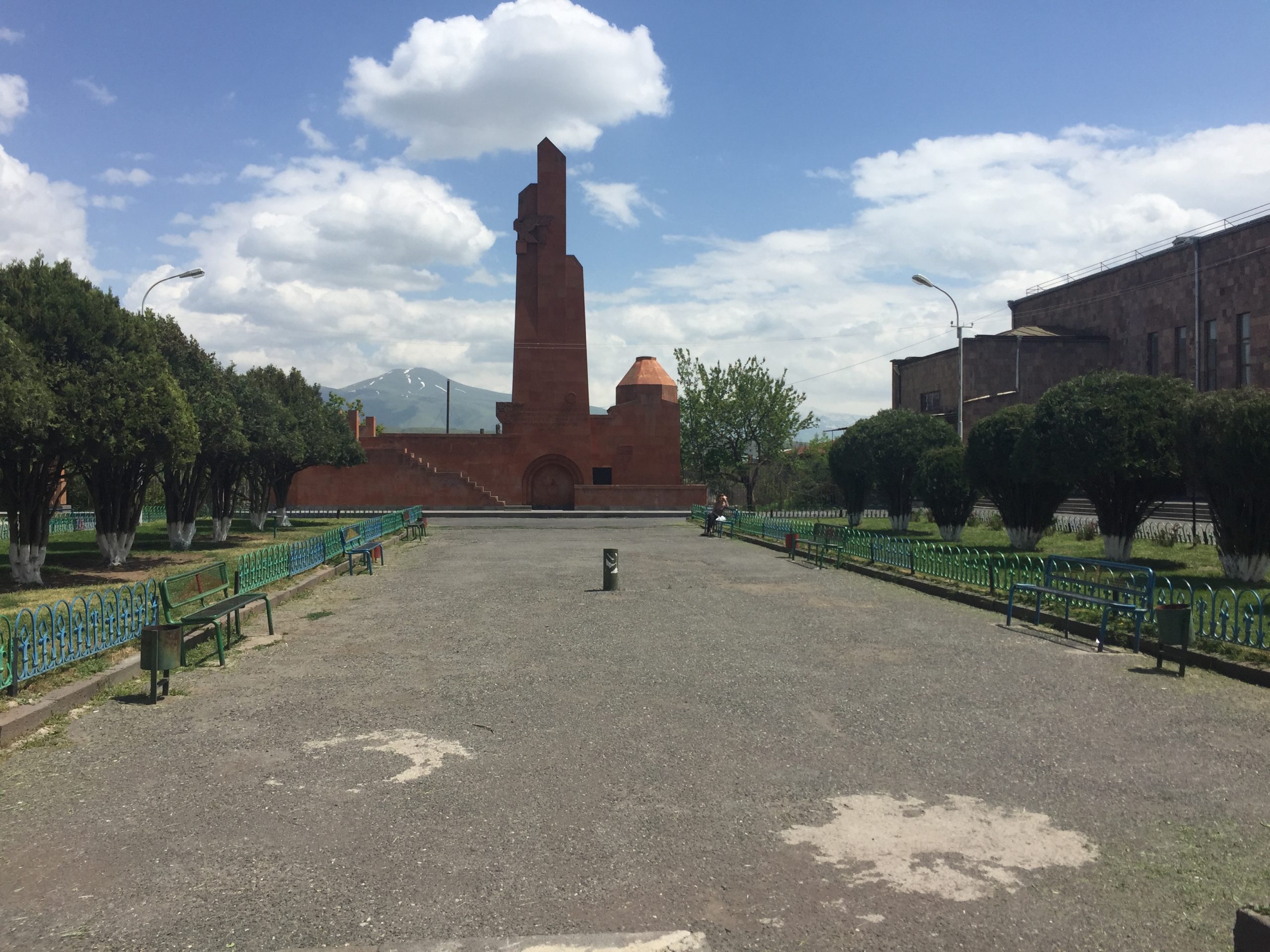 Backyard - and future park - at the Nor Hachn Museum 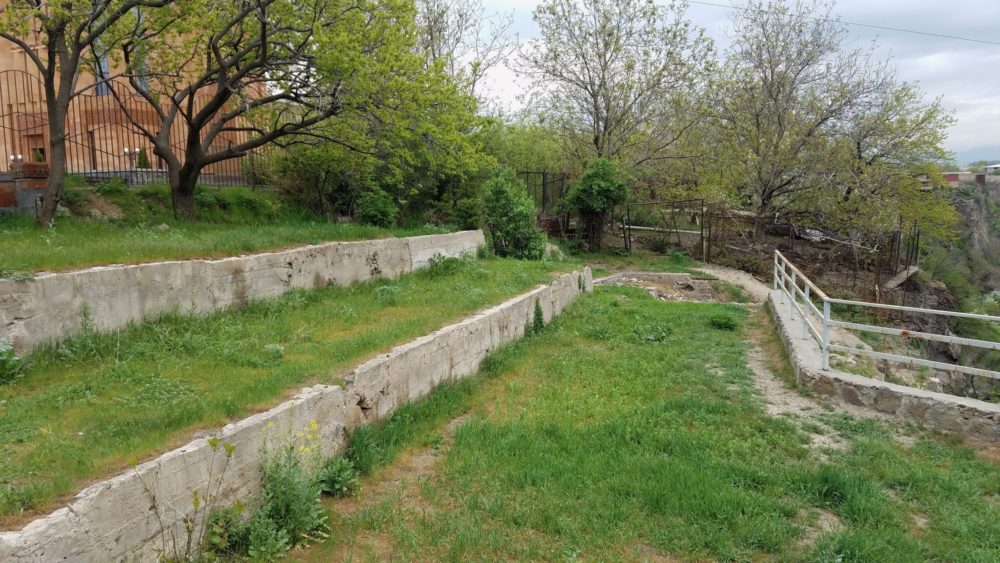 The space behind the museum is not being used by the staff nor residents of Nor Hachn despite having excellent views.

Proper pruning and planting of new trees will create a lovely park space. 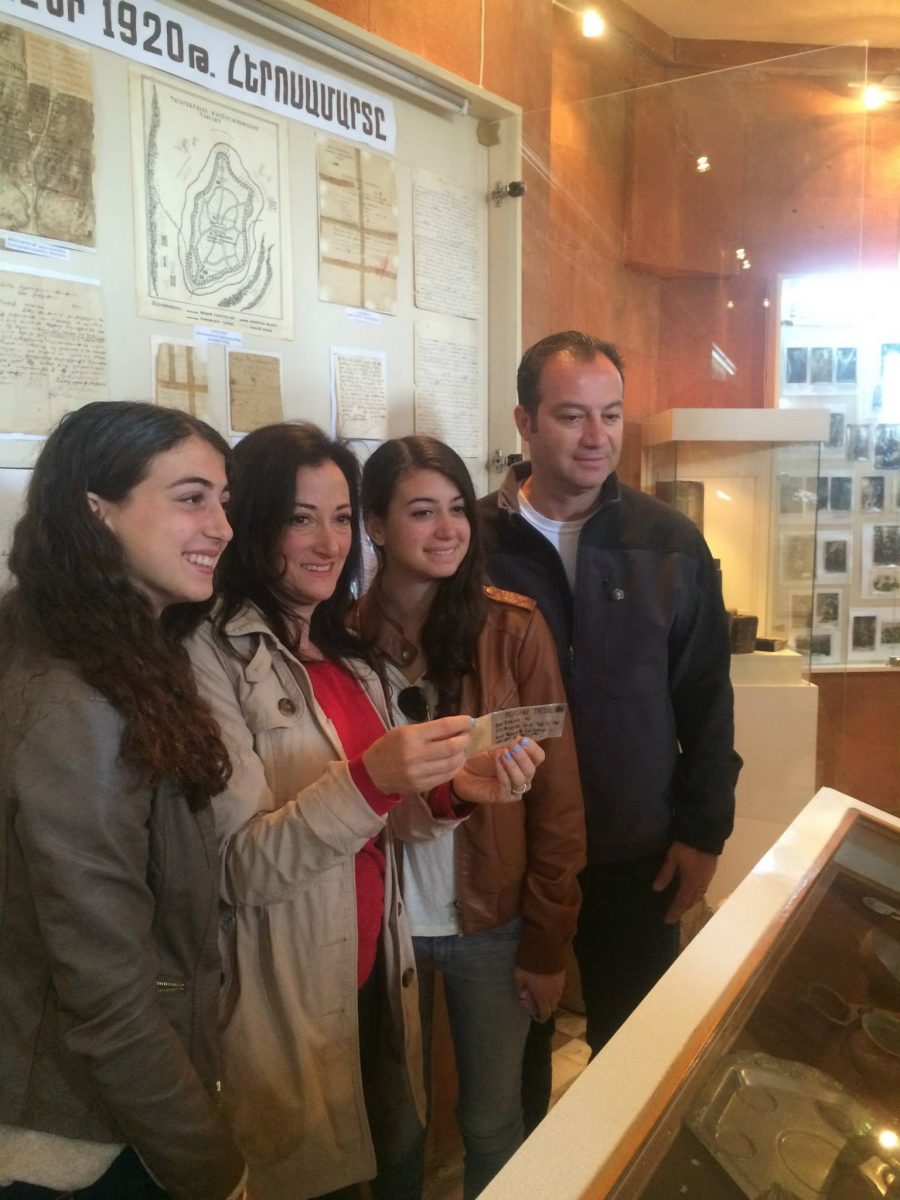 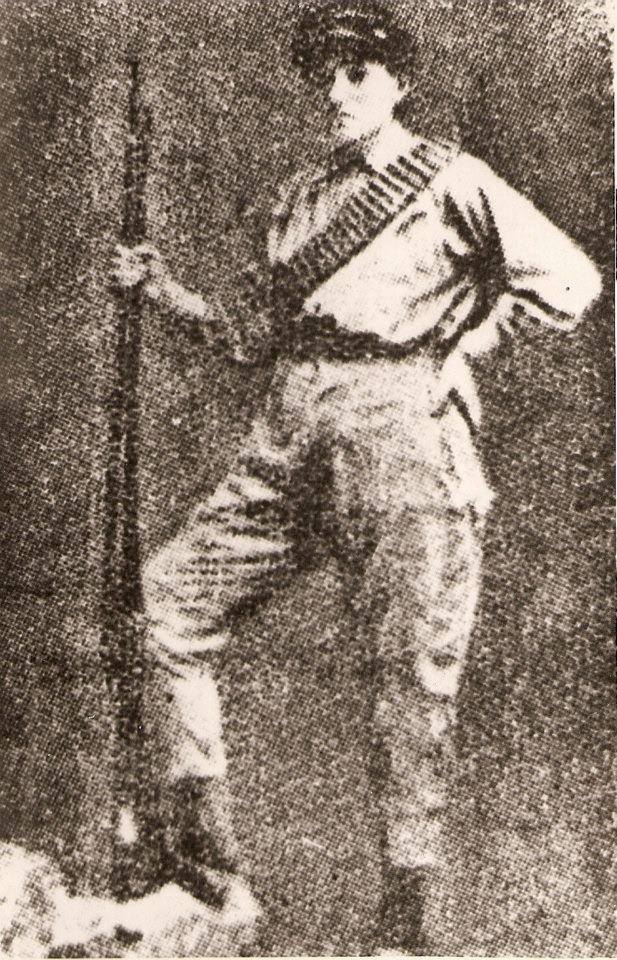 The Nor Hachn museum which houses many important historical artifacts, including relics from the Armenian Genocide is in need of additional funds for basic upkeep, preservation of artifacts, renovations to the physical space and operational costs.

In the long term this project will contribute to the knowledge of the Armenian struggle of Cilicia and provide the financial support needed for the museum to operate comfortably well into the future.

SERVICE Armenia 2019 worked at the Nor Hachn Museum, as one of their work sites for their service work. They spent several days, clearing out the backyard space, pruning trees, removing rocks and debris and spreading top spoil along with the Nor Hachn residents in order to prepare the area for the future park and leisure area.