Nerkin Karmir Aghbyur is a border village with a population of 1,380 residents in the Bert area of Armenia’s Tavush Region. This community, whose territory connects with Azerbaijan, lives and works under a constant risk of sniper fire and renewed armed conflict every day. Along with the economy these difficult and dangerous times have also had a negative impact on educational advancement and school attendance. The primary school in the village was in need of major remodel in order to provide elementary and high school aged children the opportunity to learn in a clean, new and safe environment. This school, which has 180 children in attendance, is housed in three buildings of which currently two are in use.
The gym has been renovated through local sponsorship from the village. In 2015, the elementary school wing was completely remodeled with the generous contribution by Michael and Patricia Starzer (CO-USA) through our NKA School Remodel – Phase 1 project. The elementary school wing, including five classrooms on the first floor, the hallways and the boys and girls bathrooms, was remodeled as well as updates to the heating system, new lighting, new paint and new flooring. Phase 2 of the project, including renovations to six classrooms on the second floor, the adjacent hallway, the staircase and two bathrooms (middle and high school wing), was generously funded by Jean-Marie and Lori Atamian (NY-USA) and was completed in advance of the 2016-17 academic year. The wing that houses the cafeteria and kitchen, and the entryway of the school are all still in poor condition and in need of renovations.

Sponsorship of this project will facilitate the remodel of the third phase of this project including a full kitchen remodel including the cafeteria, furniture and appliances, and gas connection to the kitchen. In addition, the entrance of the school, the boys and girls locker rooms and the security office will be renovated. The scope of work will include new flooring, electrical fixtures and paint throughout, new kitchen furniture and equipment as necessary and new plumbing for the kitchen and cafeteria.

The Paros Foundation, with the help of generous donors Jean-Marie and Lori Atamian of New York, has already successfully renovated the Nerkin Karmir Aghbyur medical center and kindergarten, and provided five families with their own agribusiness for their economic development. These projects have had a huge impact on this community. It is of strategic importance to support these villages in their daily lives so that they may remain inhabitants of this village, mere footsteps from Azerbaijan. 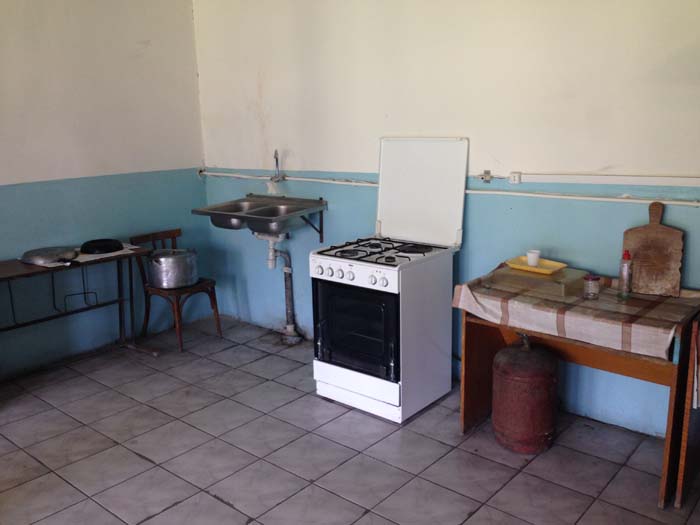 Condition of the kitchen at the NKA Primary School prior to renovations. 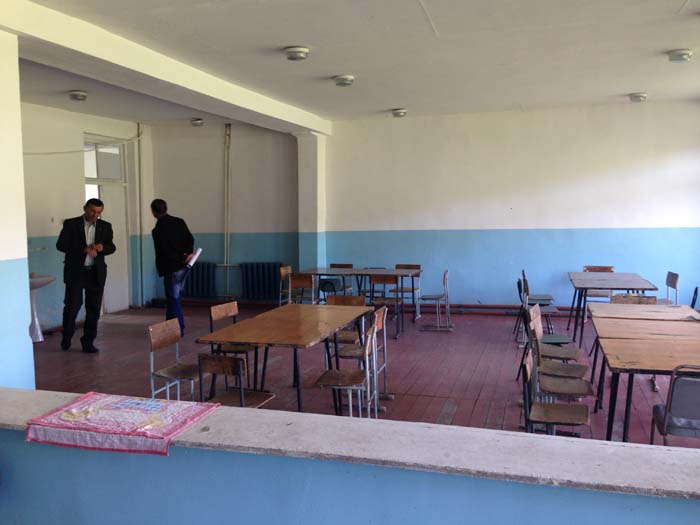 The existing dining hall is in poor condition and cold in the winter. 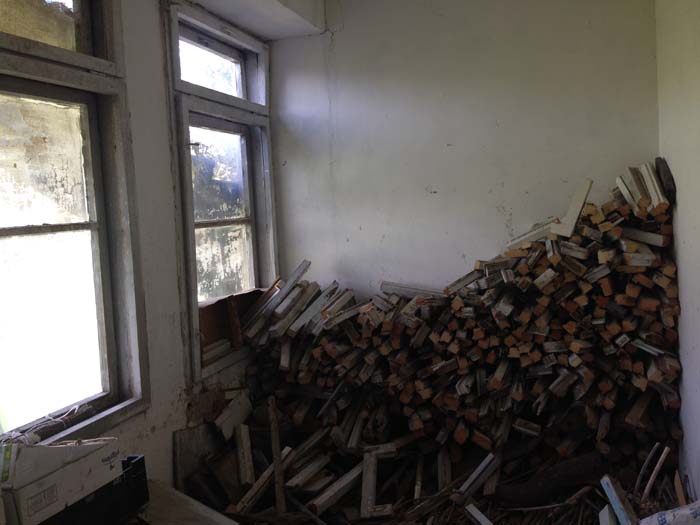 Wood is used to heat the kitchen area.

Condition of the NKA Primary School entrance prior to renovations. 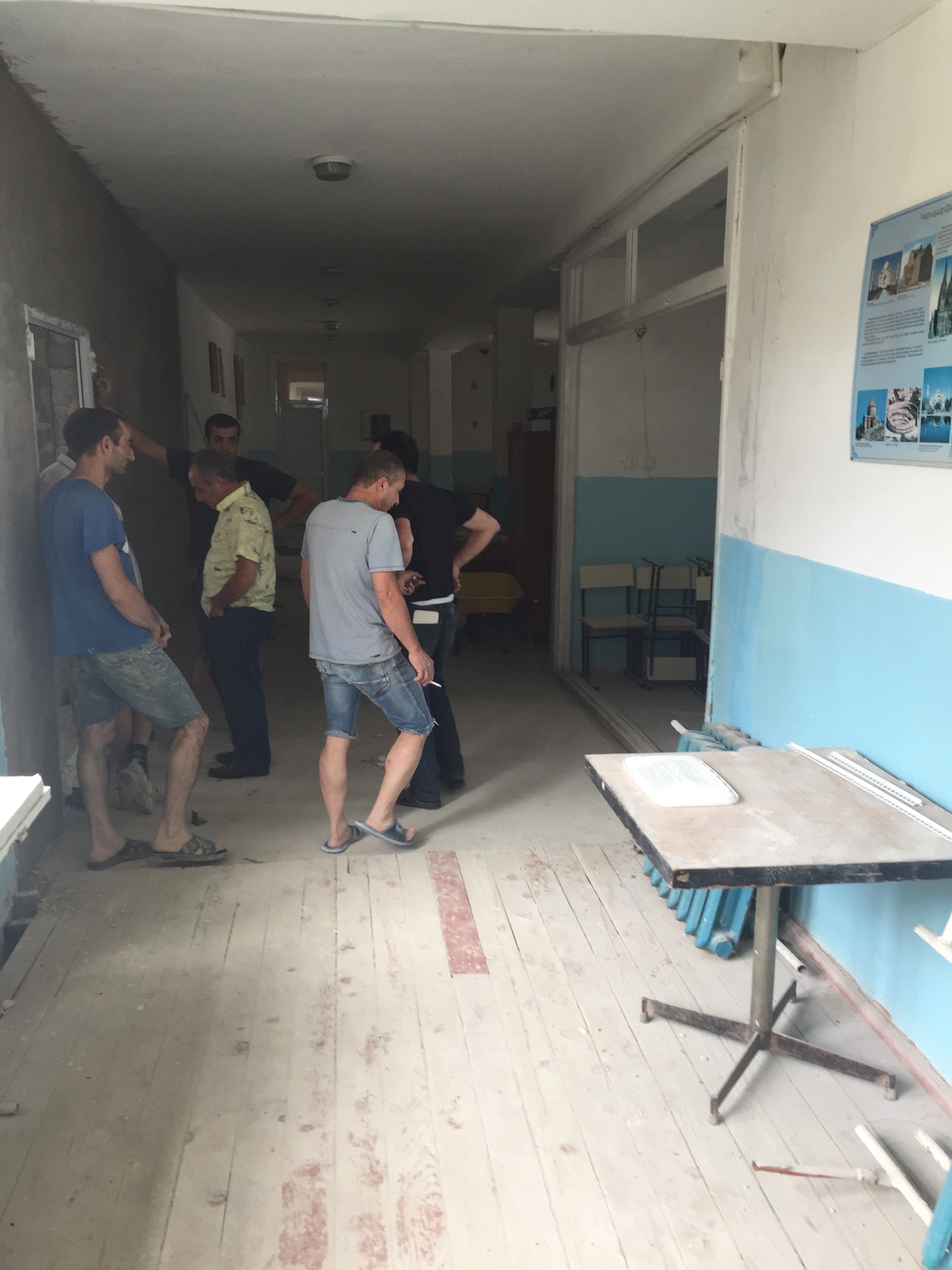 Our local crew and Paros staff outside of the cafeteria in the NKA school prior to the renovation of the entryway. 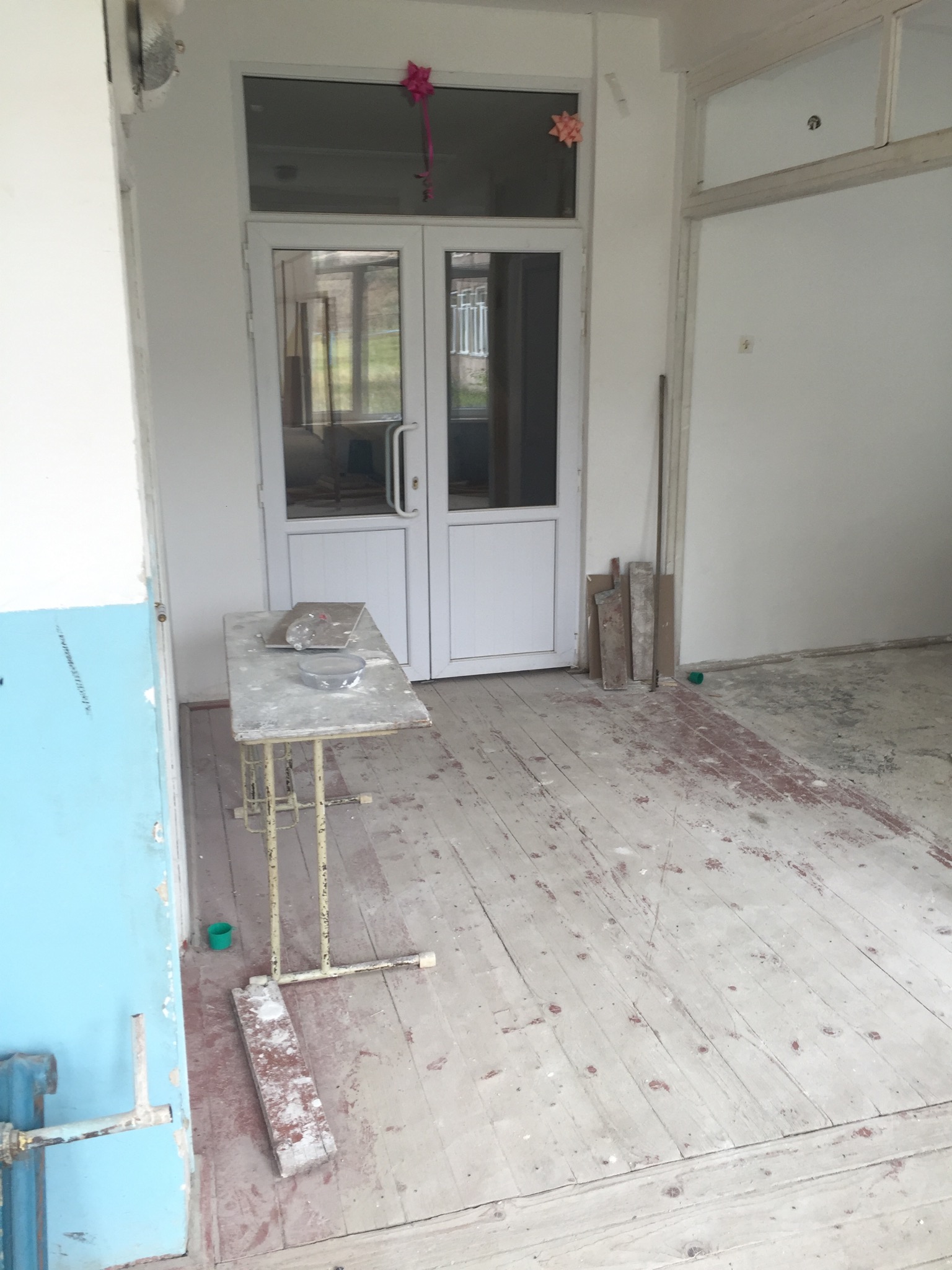 Part of the hallway outside of the elementary school wing prior to renovation.

Students attending the primary school in the village of Nerkin Karmir Aghbyur are in need of new, clean, and warm kitchen and classrooms so they can attend and concentrate on their studies. A normal functioning school that is safe and functional is important for this community.

In the short term the kitchen, cafeteria, and the school’s entryway will be remodeled including new flooring, electrical fixtures and paint throughout, new kitchen furniture and equipment as necessary and new plumbing for the kitchen and cafeteria. Supplies will be purchased locally and locally labor will be used whenever possible.

For years to come, children in this village will be able to attend school in a safe and functional environment and progress towards successful futures. With a remodeled school, families in the village will be less likely consider moving away.

Your donation to sponsor this project will be recognized with a plaque at the school and in their printed materials. Sponsors will also be recognized on all relevant press regarding this project and on The Paros Foundation website. Visits to the school can be arranged for sponsors visiting Armenia.

Renovation work on on the entrance, cafeteria and the kitchen of the NKA Primary School has begun.

The kitchen and dining hall are complete and ready for use by the staff and children.

Work has begun in the entry and hallway following the completion of the kitchen and cafeteria.

The work on the inside of the school is complete and our crew has now moved to the school's bunker to renovate this space. Although this was not part of the original project, the mayor has asked us to improve the school's safety bunker. We are grateful to the Atamian family who have agreed to fund this effort. The bunker is used by the children in the event of renewed shelling by Azerbaijan.