Jean-Marie and Lori Atamian announce their fifth major gift since 2013 to complete the reconstruction of Nerkin Karmir Aghbyur s’ medical and educational infrastructures.

NKA is a border village with a population of 1,100 in Armenia’s Tavush Region. This community, whose territory faces Azerbaijan, lives and works under a constant risk of sniper fire and renewed armed conflict. In order to improve the living and economic conditions of the village, the Atamian family has undertaken a multi-year investment project which, to date, has included reconstruction of the medical clinic, kindergarten and secondary school.

Beginning in 2015, the Atamian family initiated the complete remodel and reconstruction of the secondary school to provide elementary and high school children the opportunity to learn in a bright and safe environment. The school is comprised of three large two-story buildings.
Phase 1 of the project included the complete rebuilding of the elementary school wing, including five classrooms on the first floor, the hallways and the boys and girls bathrooms. Phase 2 of the project, included the renovation of six classrooms on the second floor, the adjacent hallway, the staircase and two bathrooms (middle and high school wing). Phase 3, completed in the summer of 2017, included renovations to the wing that houses the cafeteria and kitchen, the entryway of the school, the gym locker rooms, guard office, security bunker and improvements to the schoolyard and entry stairs and façade. 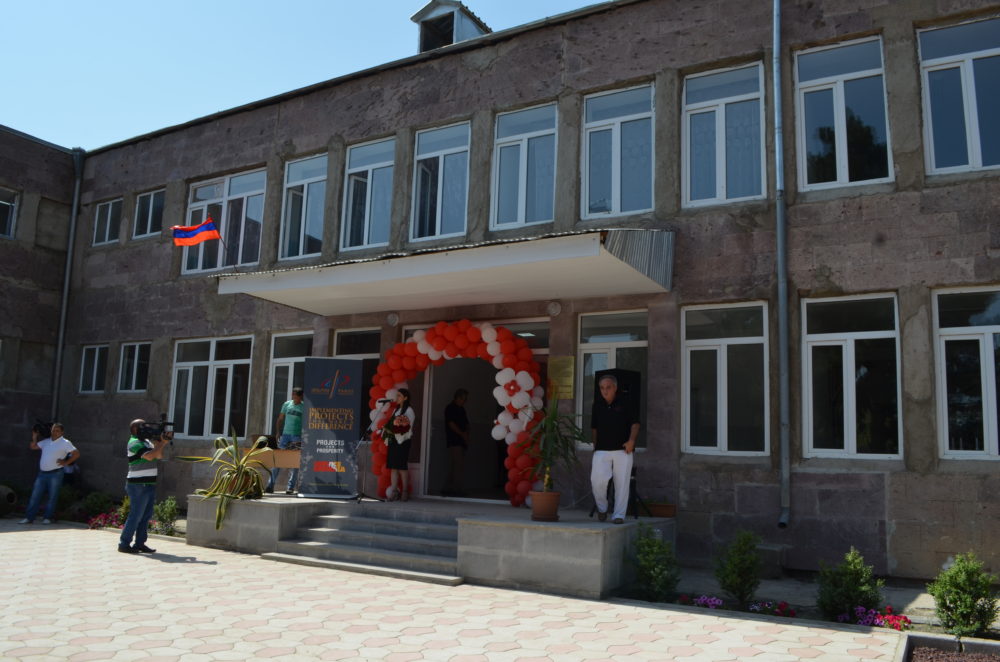 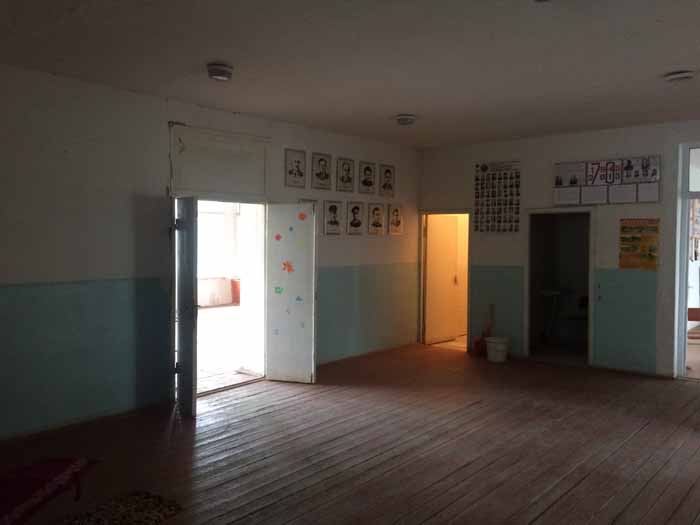 This phase of the school’s rebuilding has begun and will include the school’s auditorium, a teacher’s lounge, a principal’s office, a teacher’s bathroom, two small classrooms and the hallways. The school’s boilers will also be replaced. The auditorium renovation will provide a safe and exciting environment for students to perform and for parents to enjoy their children’s performances. In addition this will provide the school administrators and teachers with dignified working conditions. This phase will also include repairs to the gym and the purchase of new sports equipment.

In the short term, the auditorium, teachers’ lounge, bathroom, office and adjacent classrooms and hallway will be rebuilt including new flooring, electrical fixtures and painting, new furniture and equipment as necessary and new plumbing for the bathroom. Supplies will be purchased locally and local labor will be used whenever possible.

For years to come, children in this village will be able to attend school in a safe and warm environment. With a fully rebuilt school, families in the village will be less likely to relocate to a different area. In fact, the implementation of the various projects in this village has been accompanied by a significant increase in the birth rate.

Renovations to the auditorium and the administration wing have begun.

Repairs and painting of the school's gym began today.

Both of the school's boilers were replaced prior to the onset of winter with efficient units.

Defense Minister, Vigen Sargsyan visited the school to see our renovations, spent time with the students and planted some trees. We are excited about this visit as it shows the Defense Ministries interest in this important border community.

Jean-Marie Atamian and his family visit the school and participate in opening day ceremonies.