On the 27 September, the worst fighting in decades erupted over Nagorno Karabakh. The recent fighting began as helicopter, drone and tank clashes on the line of contact and has escalated with rocket and artillery attacks.

Families have been forced to abandon their homes and flee to bomb shelters.

Since 2001, HALO has been the only international organization working to protect the people of  Artsakh from explosives. They are currently on the ground, providing families that have been forced to flee to shelters with aid and supplies.

Their teams have also taken to the streets to mark and isolate cluster bombs and other explosives so they can be cleared. And as families remain threatened by scattered unexploded items, they are going to shelters and homes, alerting people with how to avoid these hazards.

The threat posed to civilians remains dire and HALO needs support now more than ever. Every donation towards the program in Artsakh will be matched by an anonymous donor. 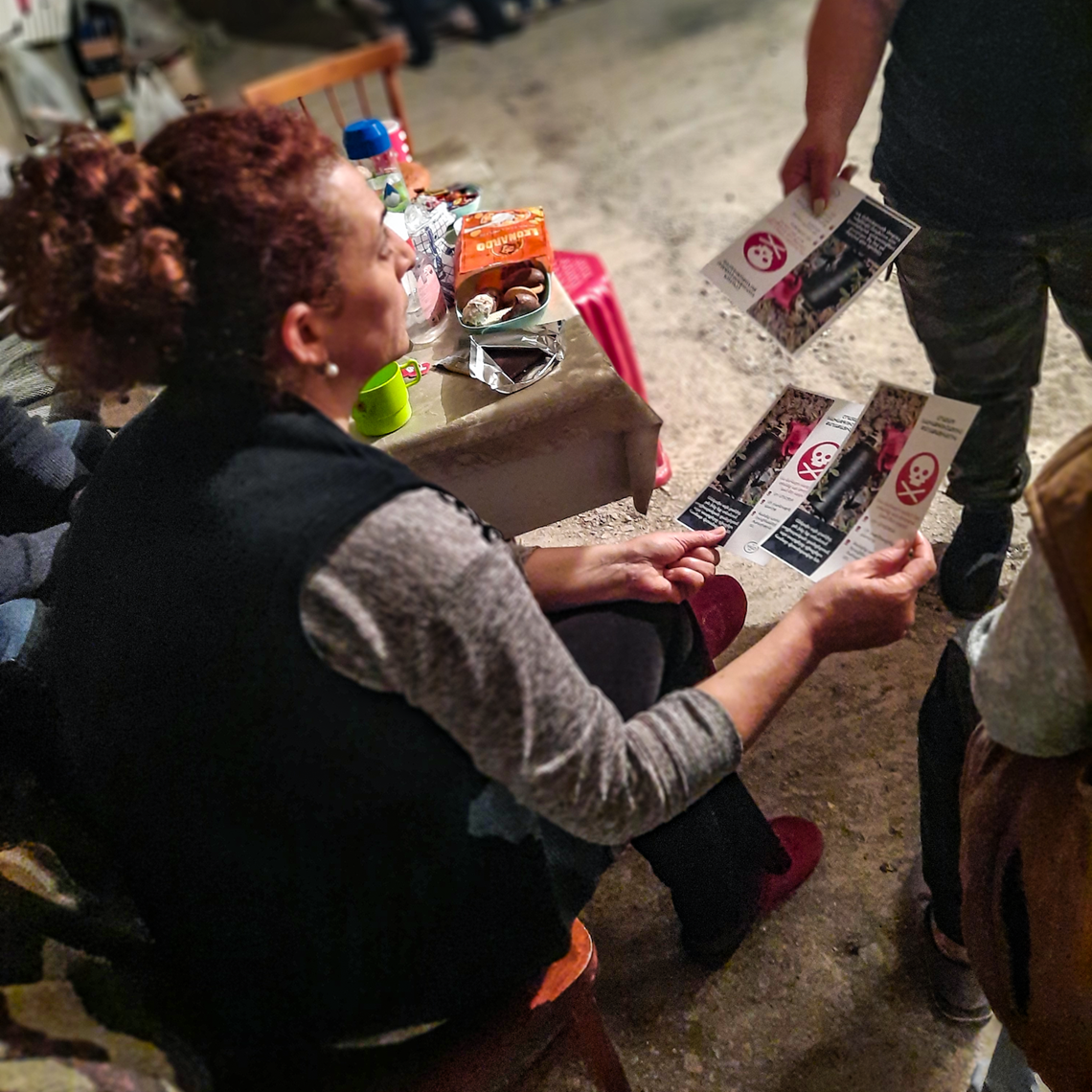 Pamphlets are distributed among residents to educate them on the dangers of unexploded bombs. 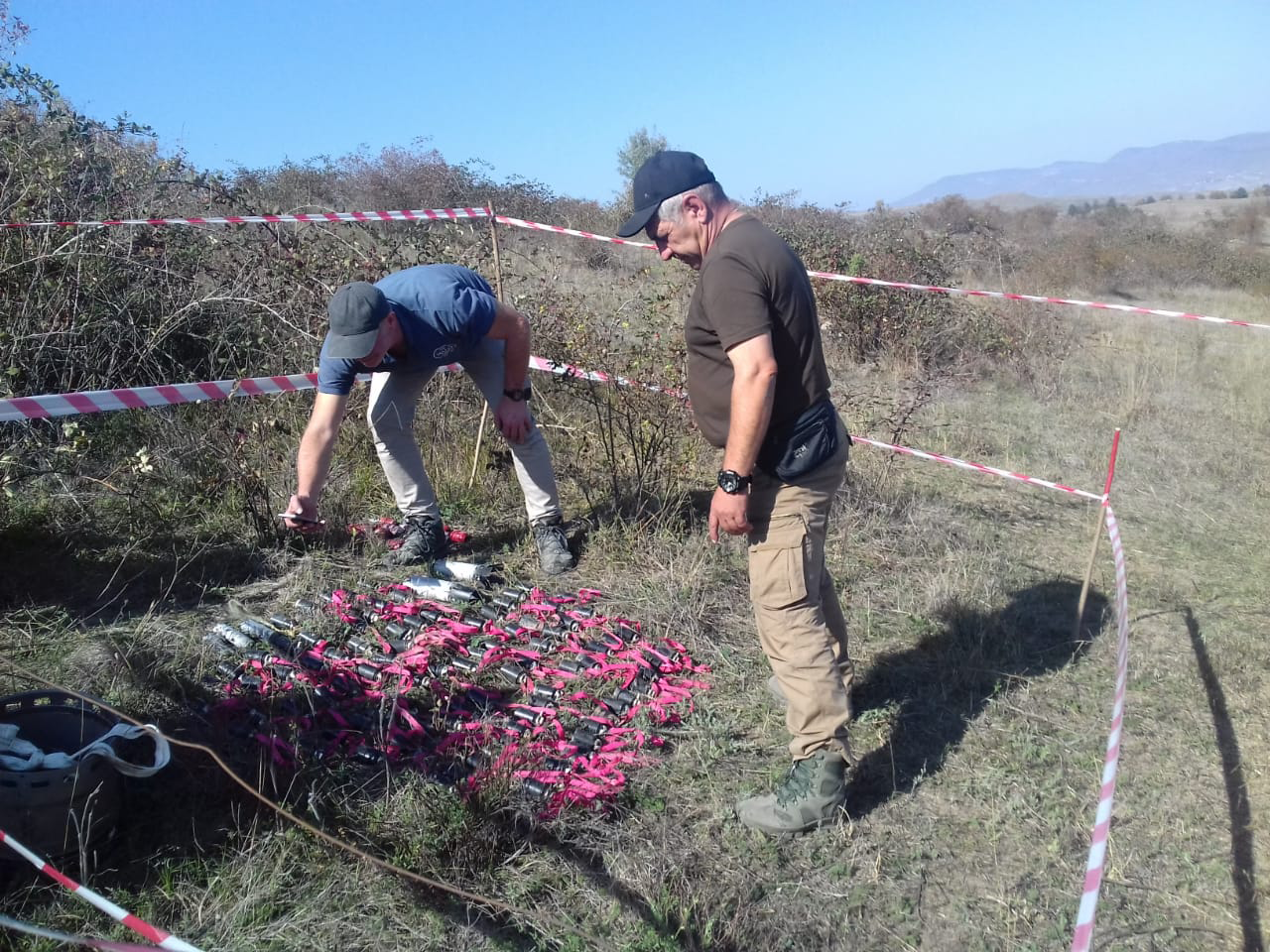 The interior of a home in Aygepar hit by a mortar. Photo credit: Civilnet 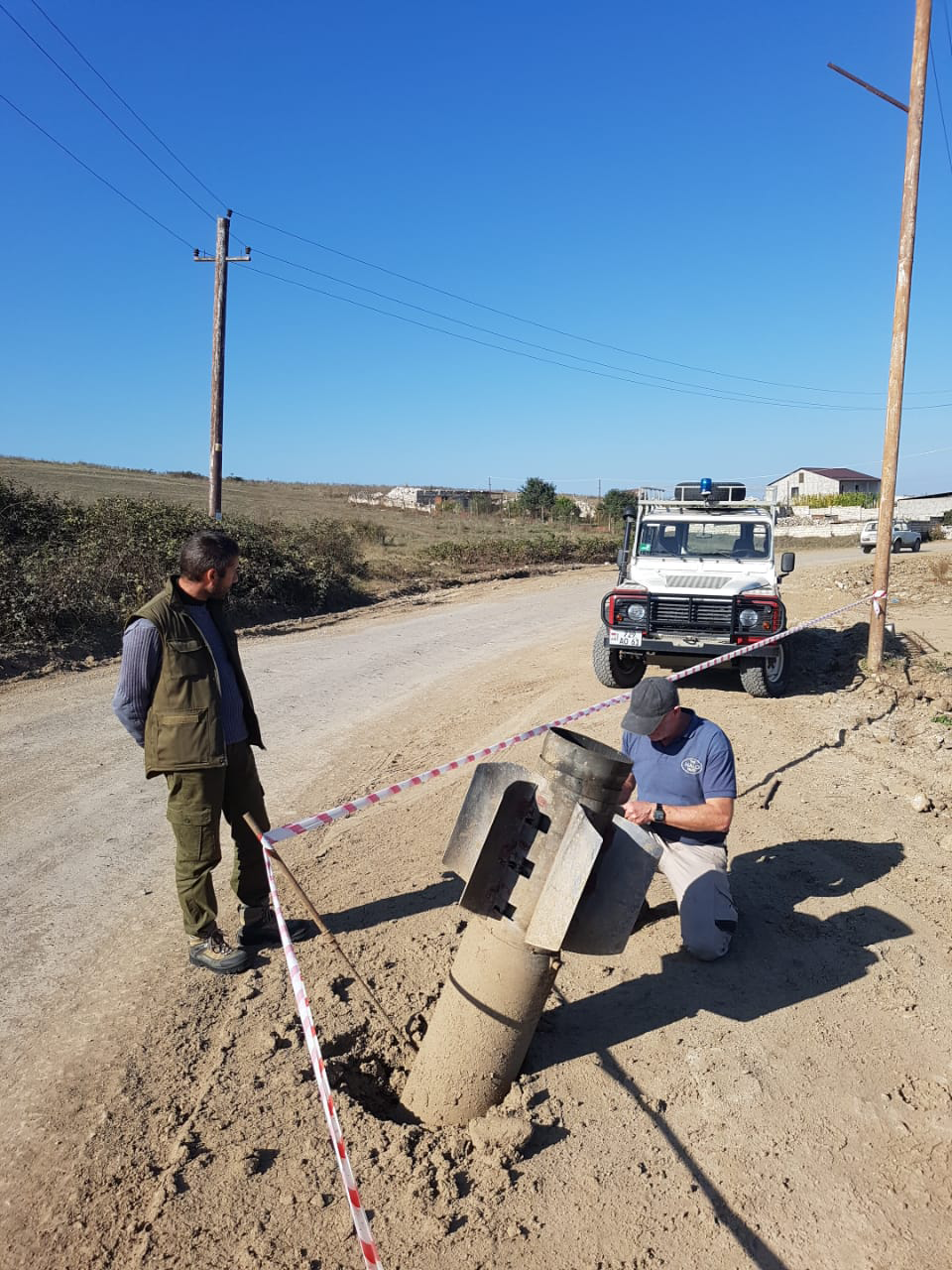 The interior of a home hit by sniper fire in Aygepar. Photo credit: Hetq 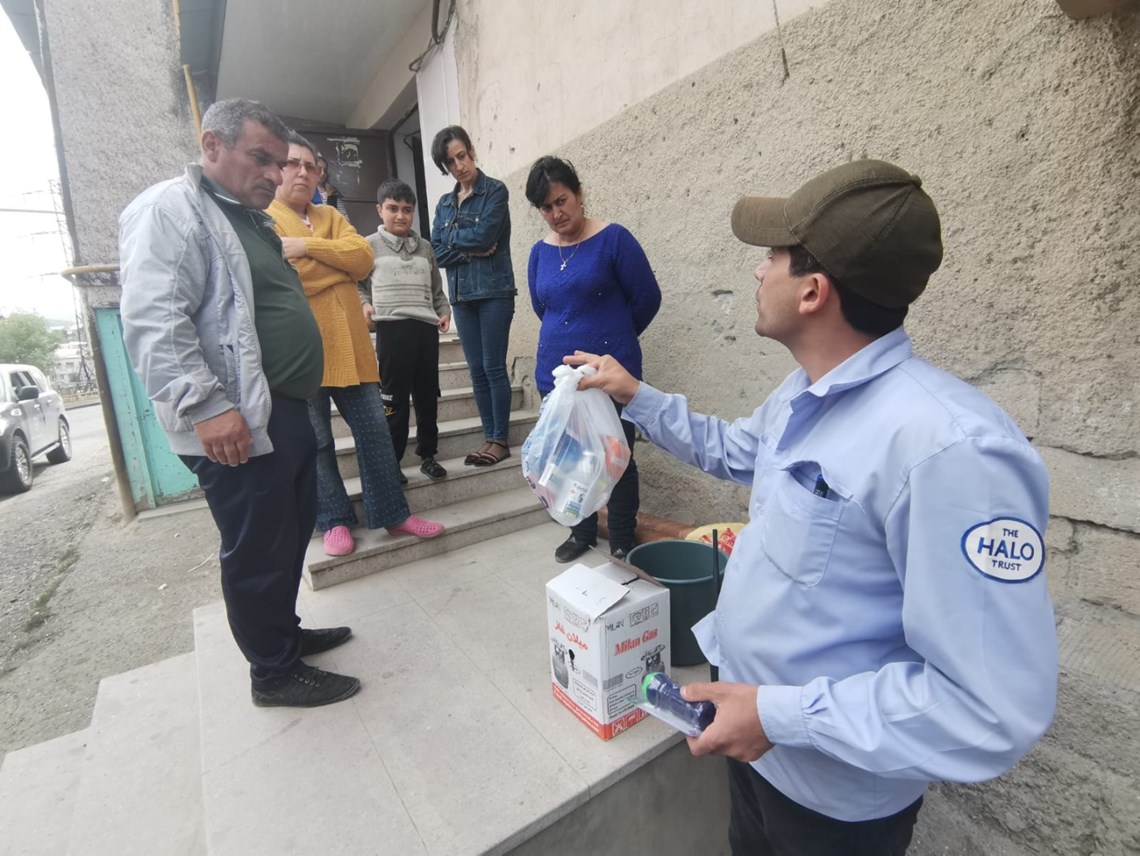 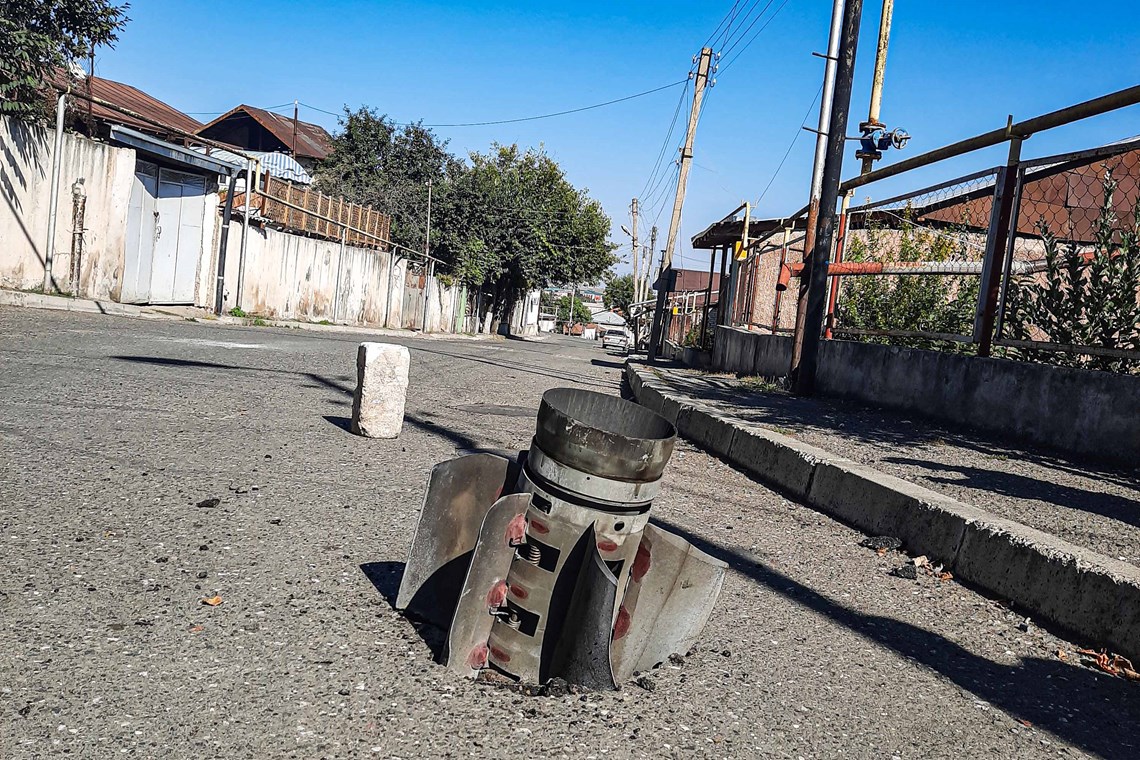 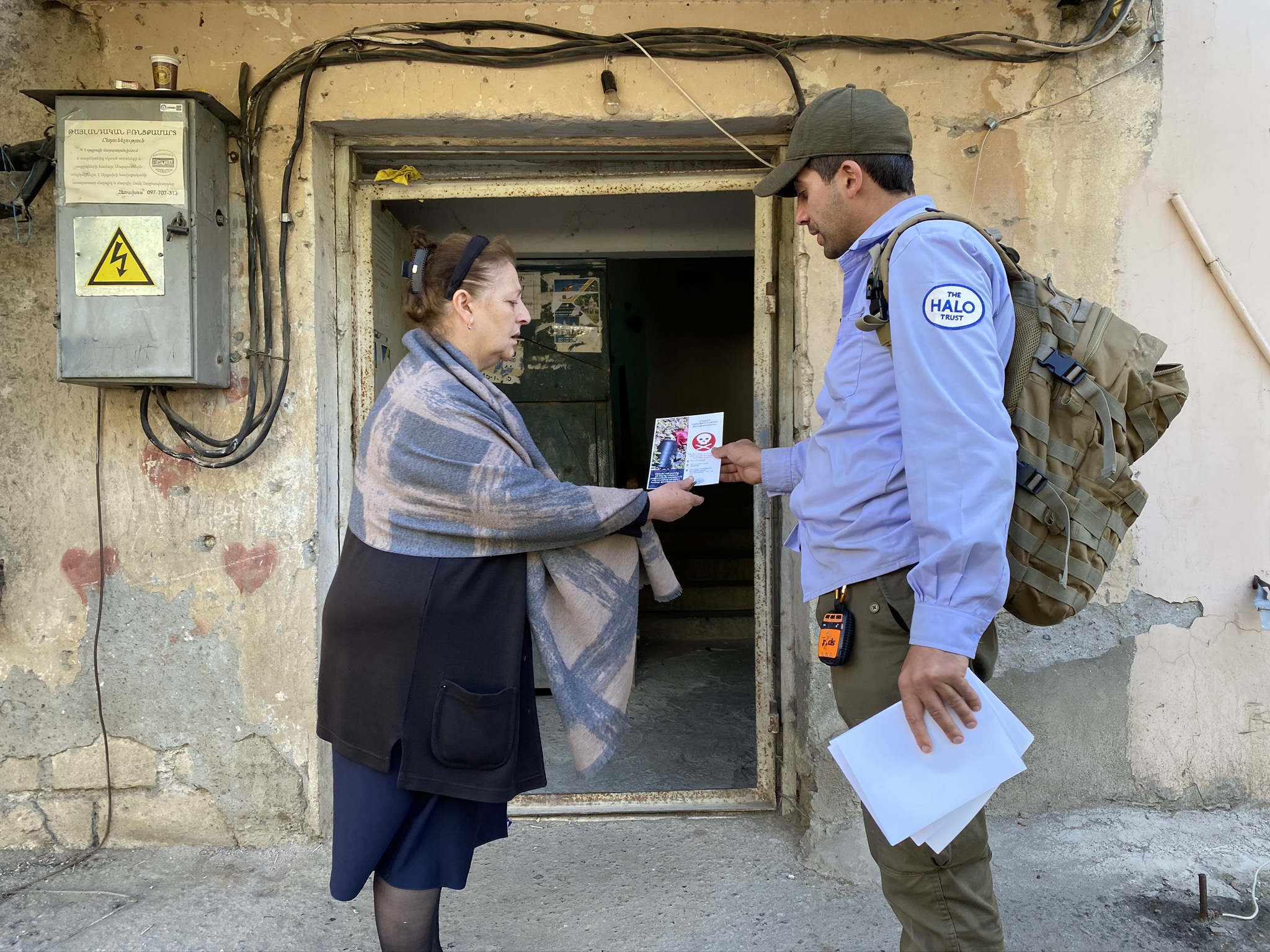 Residents and children need to understand the dangers of unexploded bombs and how to report them.

The threat posed to civilians remains dire and we need your support now more than ever to provide immediate humanitarian assistance to people in bunkers in urban areas in Artsakh, along with alerting people to the hazards of unexploded cluster bombs and other explosives littering their communities.

In the short term, HALO staff in Armenia and Artsakh will coordinate immediate humanitarian relief for people in bunkers including food, medicine and other needed supplies. In addition they will work to provide important education on how to avoid unexploded ordinances.

In the long term, HALO will continue to map and ultimately clear unexploded ordinances through urban areas of Artsakh with the goal of saving people’s lives. HALO will do this work through its team of trained clearance specialists.

Sponsors to this important project will be listed on The Paros Foundation website.

As people took refuge in Stepanakert during the war, Halo continued to provide humanitarian assistance to those who were sheltering in place.  Following the ceasefire, Halo began the monumental task of clearing unexploded munitions in Artsakh.