Following the 1988 Spitak Earthquake, thousands of people were left homeless in the city of Gyumri. Many of these families took refuge in the overseas shipping containers (domiks) that were shipped into Armenia loaded with humanitarian relief supplies. Although more than a quarter century has passed since the earthquake, this depressive reality still remains. Currently, more than 1,800 families still live in domiks scattered throughout Gyumri in extreme poverty. Many of them are unable to provide for their familys’ needs including warm clothes, nutritious food, heat and electricity for their homes and other basic necessities.

During his visit to Armenia three summers ago Dustin Hochmuth, one of the SERVICE Armenia 2017 participants, and several of his peers, witnessed these horrible conditions and decided to assemble packets for 10 families in dire need of everyday necessities and non-perishable food items. This effort was led by one of the SERVICE Armenia 2017 coordinators, Stephanie Nersesyan. Following the success of that effort, Dustin decided to return to Armenia the following two years on the SERVICE Armenia 2018 and 2019 trips and spearheaded his own project providing similar packets of necessities to a total of 150 families in desperate need. Dustin helped raise the funds needed and with his SERVICE Armenia peers spent several days purchasing, assembling and distributing the packets of food to families in Gyumri.

One of our SERVICE Armenia 2019 participants, Hrag Kassabian, was also very inspired by this effort during the its implementation that summer. He decided to lead an effort to raise the funds needed to help 100 families again during the SERVICE Armenia trip in 2020. Each packet will cost $40 and will include basic staples including personal hygiene products, non-perishable food items such as rice, flour, sugar, salt, oil, and pasta. The packets will also include fresh fruits, vegetables, dairy products and canned meats.  Donations in any amount will help this important cause. 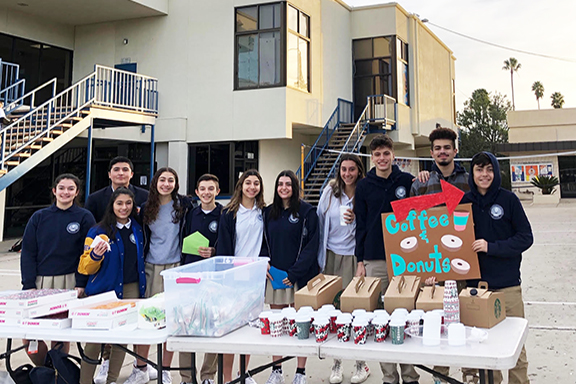 The high school students sold coffee and donuts to parents in order to raise money for Groceries for Gyumri 2020. 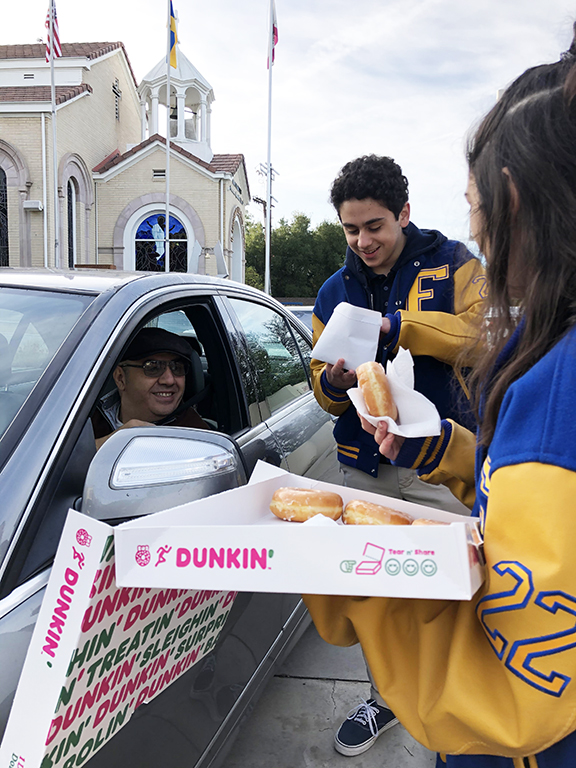 Currently, more than 1,800 families still live in domiks scattered throughout Gyumri in extreme poverty. Many of them are unable to provide for their familys’ needs including warm clothes, nutritious food, heat and electricity for their homes and other basic necessities.

In long term, the Armenian diaspora will be exposed to the harsh living conditions in Gyumri through this important project.

Cultural Society of Armenians from Istanbul