Gyumri is Armenia’s second largest city with the poorest population, including single mothers and the elderly. Following the devastating 1988 Spitak Earthquake, in which more than 25,000 people lost their lives and more than 100,000 people were left homeless, Gyumri’s residents did whatever they could to find temporary shelter. This included moving into “domiks,” the overseas shipping containers in which earthquake related humanitarian goods were shipped to Armenia. 30 years following the earthquake, about 2,200 poverty stricken families remain in various forms of temporary housing. In addition to inadequate housing, unemployment and rampant poverty, Gyumri’s people are also faced with extreme winters, with January and February being the coldest months.
The harsh winters and extreme poverty lead to people picking through trash to find something that they can burn to keep warm and cook food for their families. Due to the intense cold weather and toxic fumes, children often get sick and are unable to attend school.

This effort will ensure that 300 families in Gyumri will receive fuel for heating and cooking through firewood for month’s period. Our partner for this project, the Shirak Center NGO, will help distribute the firewood to the families as funds are raised. 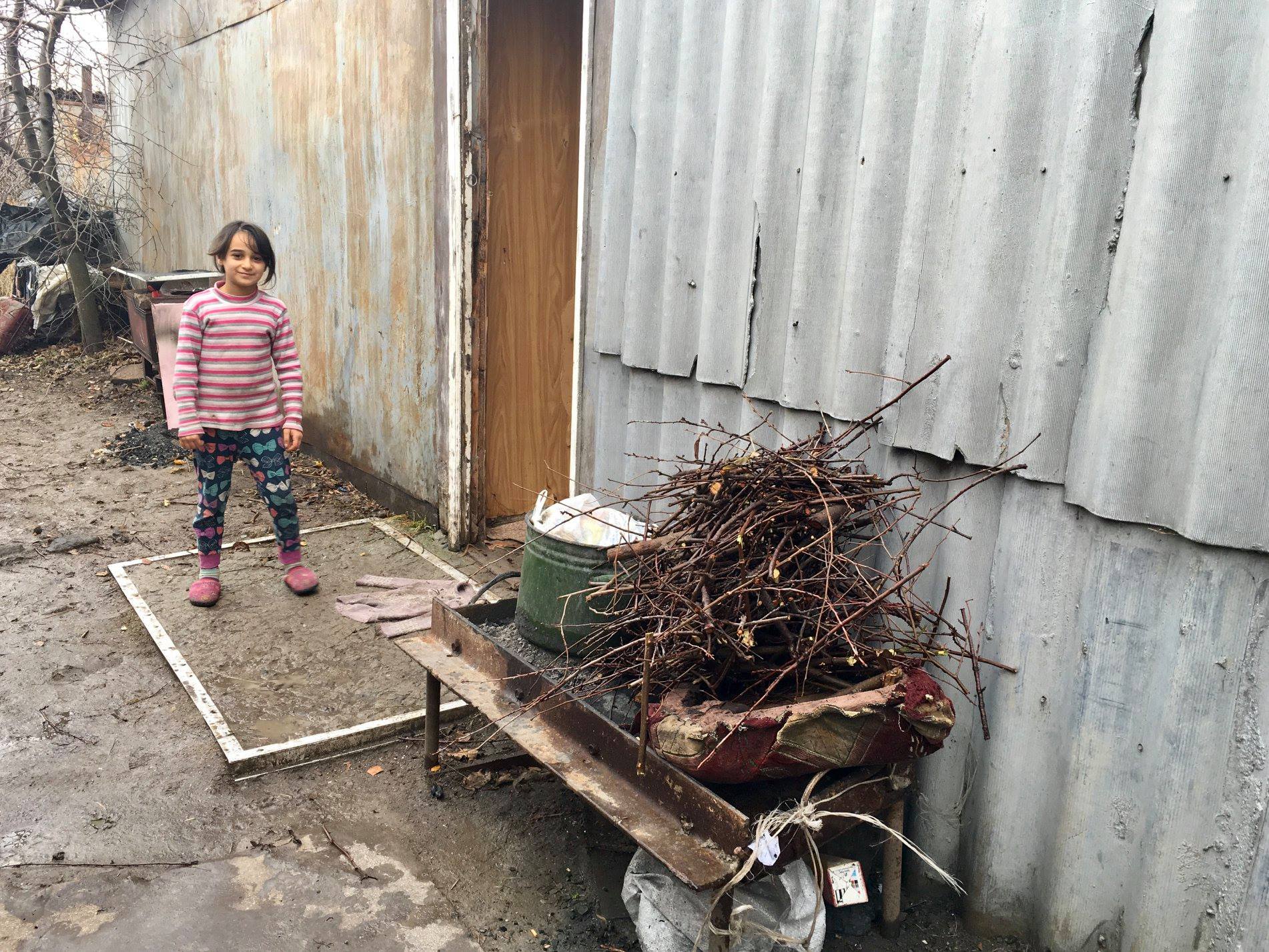 Families in Gyumri scavenge for twigs and trash to try and stay warm. 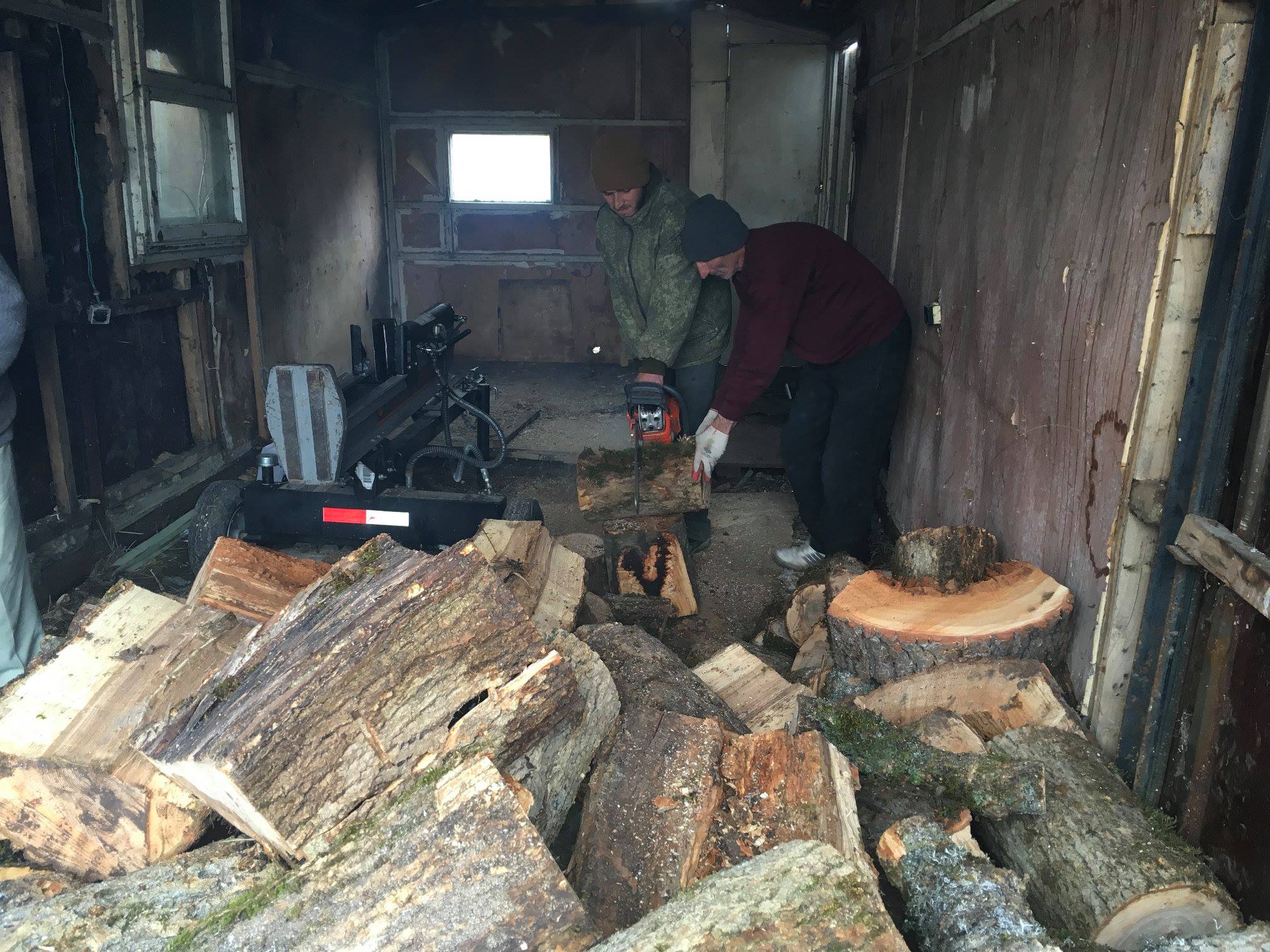 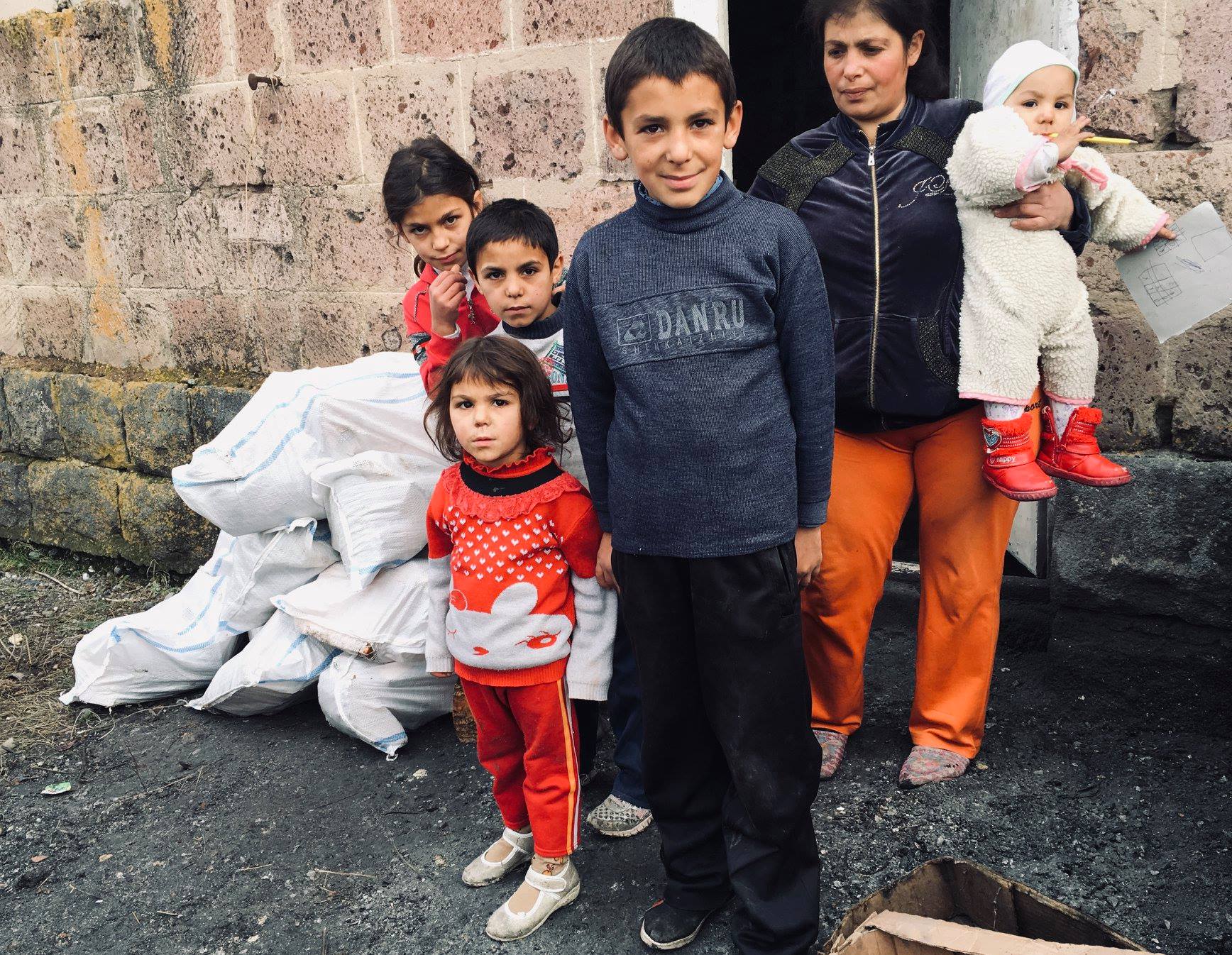 Impoverished families depend on firewood distributions from the Shirak Center to help them stay warm and cook.

Freezing temperatures and extreme poverty have created a humanitarian crisis in Gyumri’s “Domik” neighborhoods. About 1,800 families live in “domiks,” while about 400 live in condemned buildings leaving them no choice but to burn anything they can for heat. Toxic fumes bellow from smoke stacks as residents burn trash, plastic bottles and old shoes in an effort to stay warm and cook a simple meal for their families. The extreme cold coupled with the toxic fumes contributes to children become sick and not attending school.

As many families as funding permits will receive fuel in the form of firewood to help them get through the winter. The fuel from the firewood can be used for heating and cooking for a month. All humanitarian materials will be purchased in Armenia, thus providing a boost to the local economy.

By providing a less toxic and more reliable form of heating, it is hopeful there will be less illness among the communities. This will help children keep up with their studies and not have to miss school due to colds and sicknesses. Additionally, Paros is hopeful that press materials related to this project will lead to greater public awareness of this problem and thus a broad based approach to solving this crisis.

Project sponsors will be recognized on The Paros Foundation website and in all press materials related to this project.

Thanks to the generous support from the Hairapetian Family (CA), we were able to support the distribution of firewood to about 65 families for the month of December (2018).