The town of Chinari is located in Armenia’s Tavush Region. It is situated in the eastern most part directly on the border with Azerbaijan. According to the Chinari’s mayor, this isolated border town is home to more than 1,150 people, and falls victim to frequent sniper fire from Azerbaijan. The 13th century Khoranashat Monastery, which is located nearby is abandoned and unable to be visited because of its proximity to the border and related dangerous conditions. The village’s residents earn a living primarily through farming. Chinari has approximately 1,000 hectares of arable land including 54 hectares of vineyards, 80 hectares of vegetable gardens and 20 family owned greenhouses. Residents also breed animals for income. They currently have 225 cows, 100 sheep, 220 pigs, 5,000 chickens and 150 beehives. Other sources of income for the town’s residents include working at the school, kindergarten, municipality and Ministry of Emergency Situations. In addition, 12 men serve as contract soldiers, guarding the Armenia–Azeri border. 270 residents receive government pensions.

Chinari’s kindergarten functions with 25 children in attendance in a two story building in poor condition. The facility has a newly renovated roof and heating system that needs minor repairs and upgrades. The renovation of the two story building would include renovating the bathrooms, kitchen, dining hall, playroom, classroom and auditorium. In addition, this project would include the creation of an indoor playground, in order to give the children a safe place to play. The reconstructed auditorium would not only provide the kindergarten a terrific space for performances, but would provide the community with a multipurpose space for community use.

The renovation of the Chinari Kindergarten will include the installation of new bathrooms, new electrical, new doors and windows, new flooring and new paint throughout the facility. In addition, new furniture and supplies will be purchased and installed as needed. 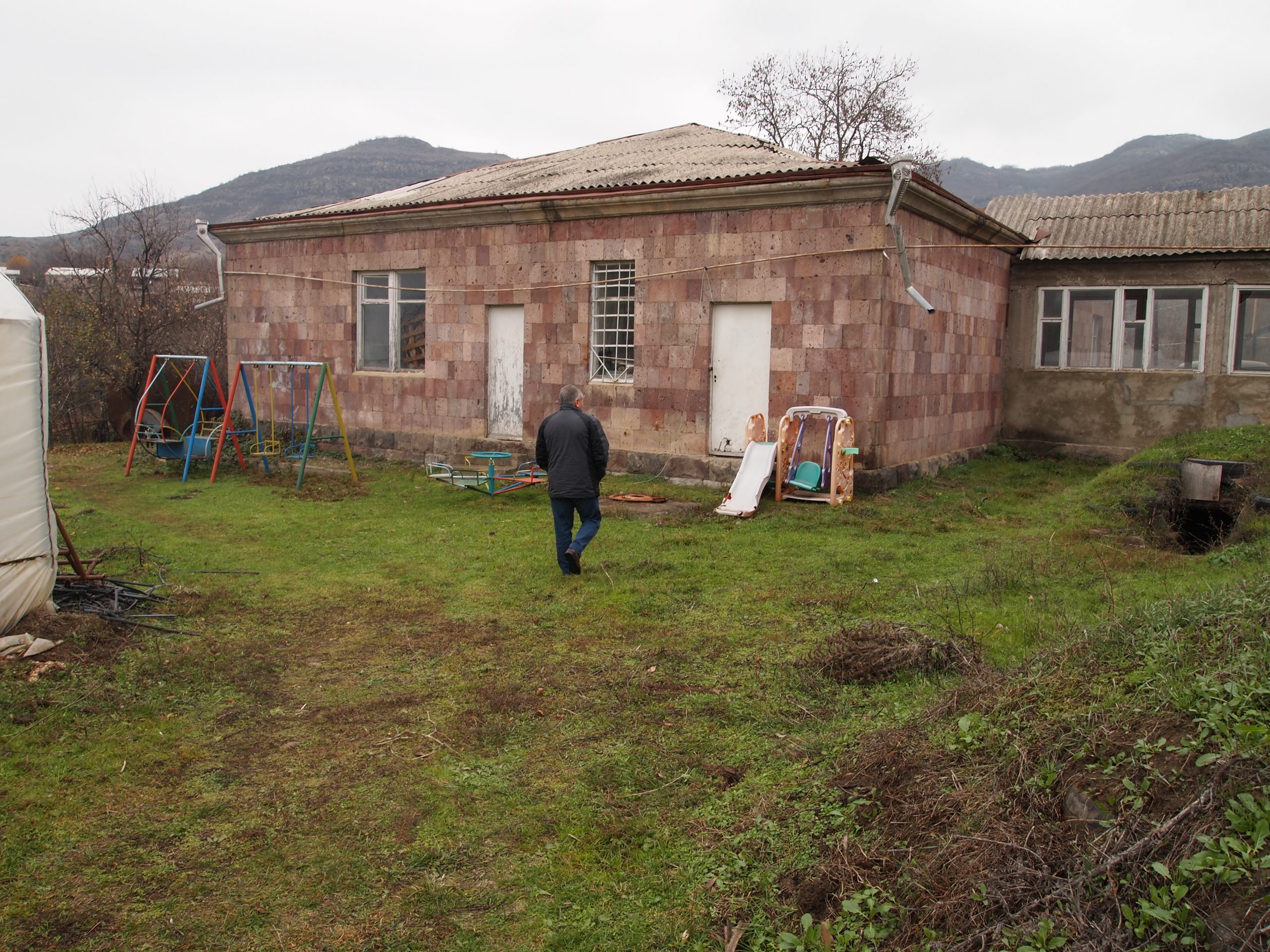 The kindergarten in the border village of Chinari. 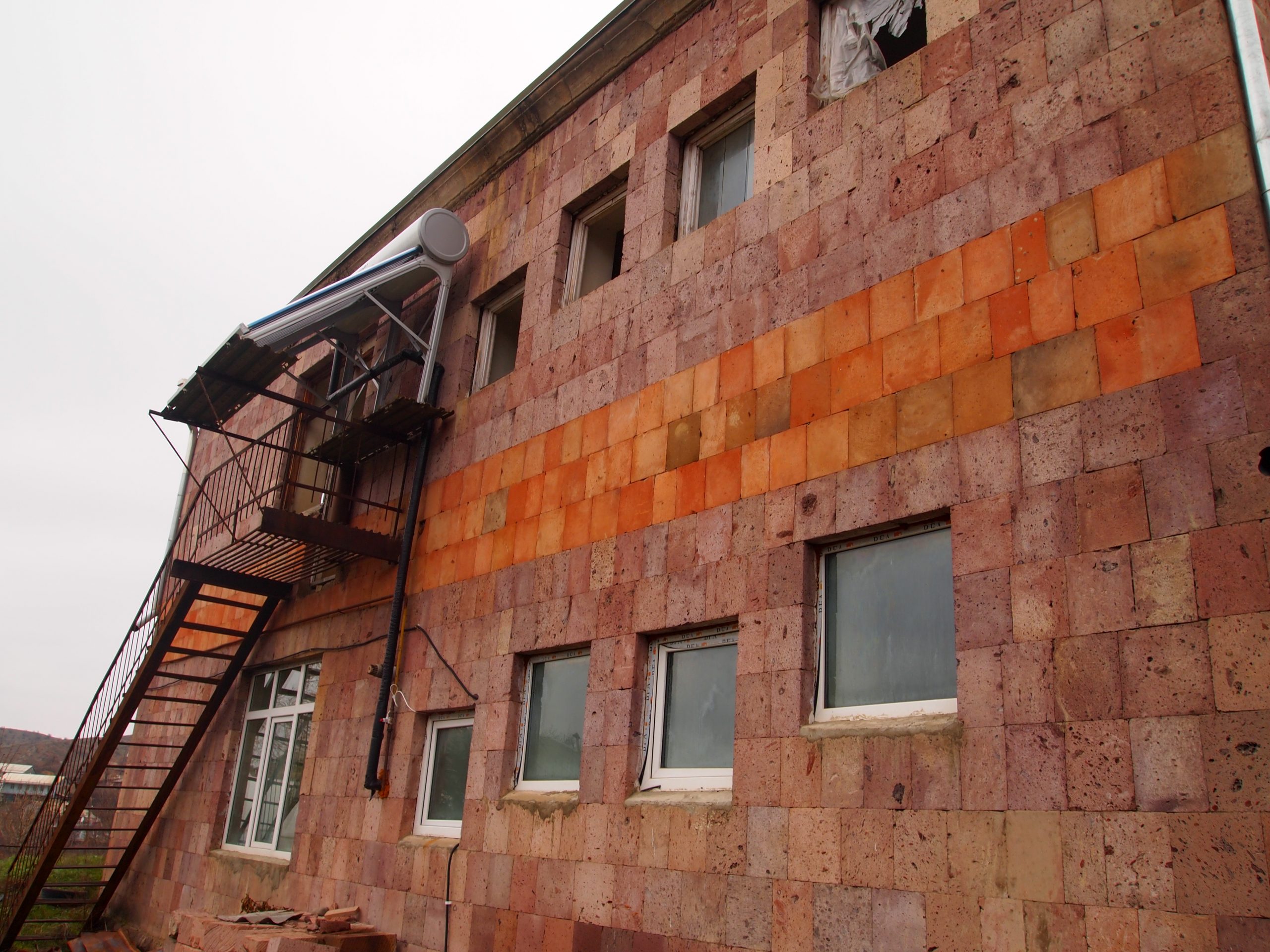 The renovation of the two story building housing the kindergarten will include renovating the bathrooms, kitchen, dining hall, playroom, classroom and auditorium. 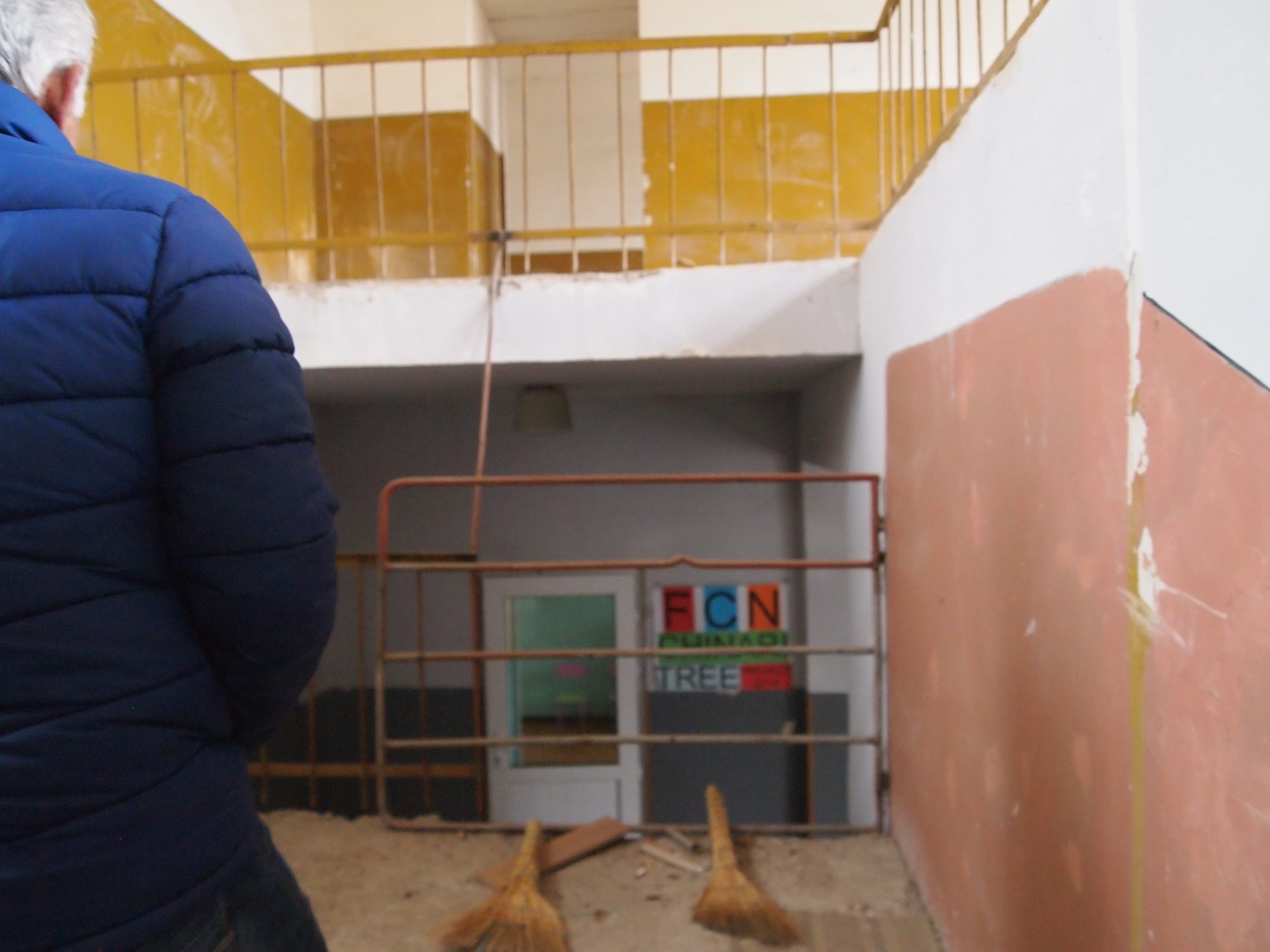 In addition, work will include the creation of an indoor playground in the second floor of the building, in order to give the children a safe place to play. 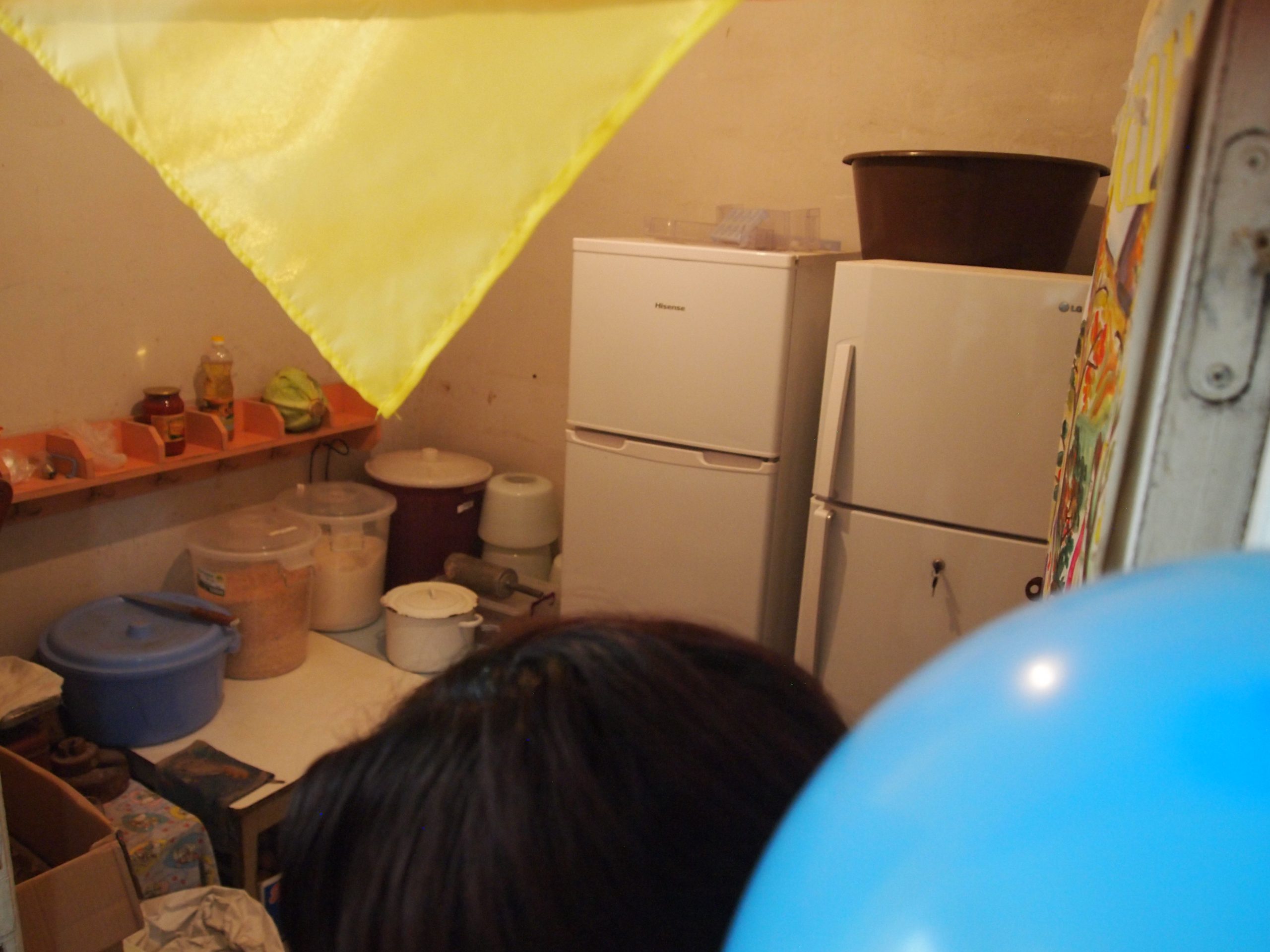 Condition of the kitchen prior to renovation work. 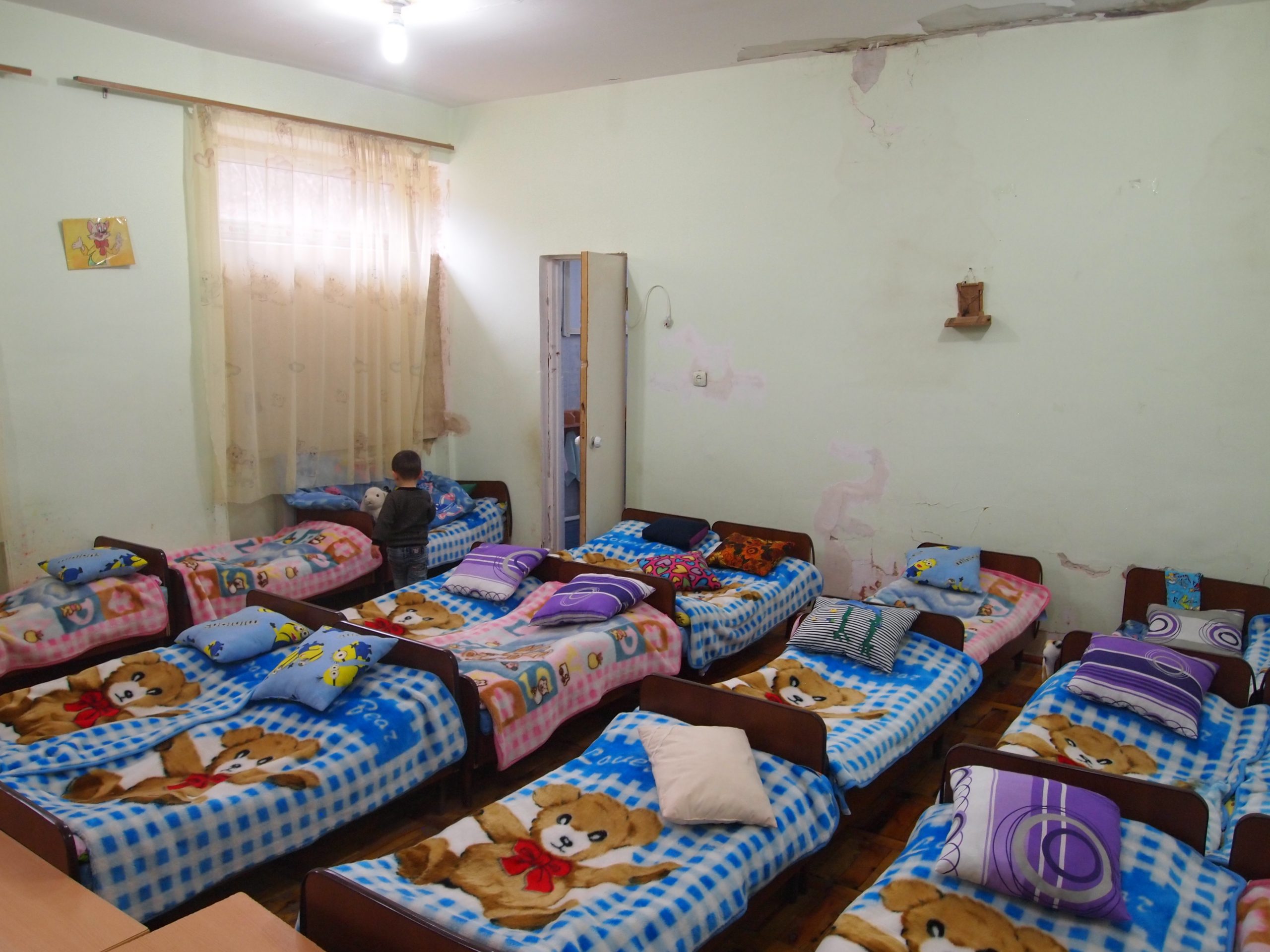 Additional space is also needed to fit the adequate number of beds needed for all of the children. 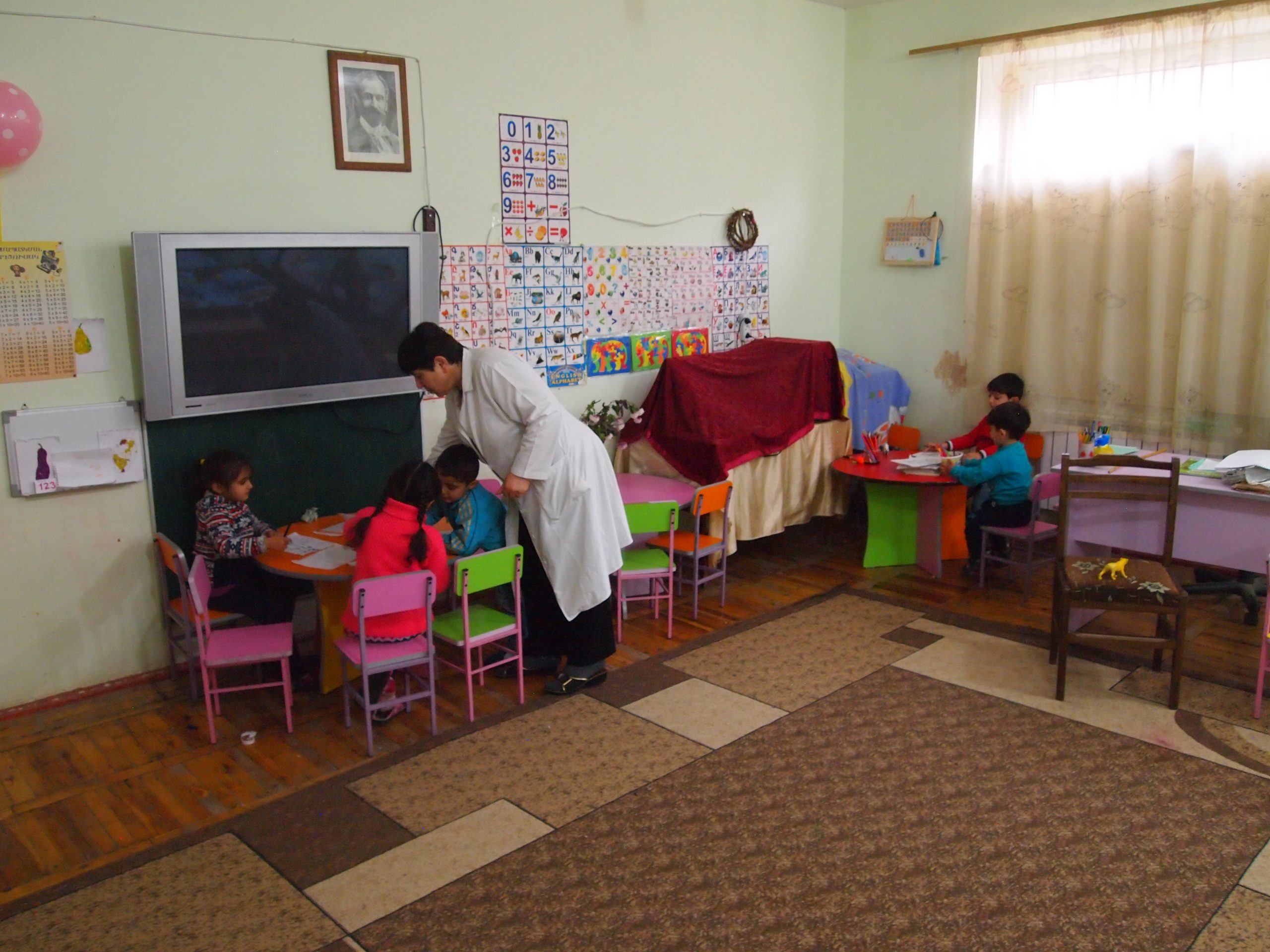 Studies show that attending kindergarten is important to students’ success in higher education, as well as for their future. Reconstructing the kindergarten for the village of Chinari will give 25+ young children annually the opportunity to attend and provide them with a safe and warm environment in which to begin their education. In addition, the kindergarten’s large assembly hall will provide the villagers with a terrific space for performances, and the community with a multipurpose space for community gatherings.

The short-term impact of this project will be to reconstruct the kindergarten along with needed furniture and a play area for 25 children. Materials will be purchased in Armenia, thus providing a boost to the local economy. In addition, local villagers will be hired to complete the construction work, thus providing them with temporary jobs.

In the long term, the success of this project will provide a proper facility for current and future young children in the village of Chinari to attend and start their educational journeys. It will also contribute to the overall Chinari community with the addition of this multi-use assembly hall.

Our team launched reconstruction of the kindergarten in Chinari. Everyone is very excited! Bye, bye black mold!

New windows were installed today and the team is making excellent progress.

The children moved back into the partially renovated kindergarten today to resume their activities. They are very excited with the first floor space that is now renovated, and are looking forward to the rest of the kindergarten space being completed in the new future.

Work continues to progress nicely on the entry way and upstairs at the Chinari Kindergarten.

Work is completed at the kindergarten. New playground equipment for the interior playground has been ordered and will arrive soon.

Today project sponsors, the Badishkanian Family, along with Paros staff visited the kindergarten and helped assemble the interior playground equipment.