Nerkin Karmir Aghbyur is an important border village with a population of 1,100 residents in the Bert area of Armenia’s Tavush Region. This community, whose territory connects with Azerbaijan, lives and works under a constant risk of sniper fire and renewed armed conflict each day. The economy of the village and the livelihood of many of its residents has suffered due to these difficult and dangerous times. It is of strategic importance to support these villagers in their daily lives so that they may remain inhabitants of this village, mere footsteps from Azerbaijan. With the help of Jean-Marie and Lori Atamian of New York, The Paros Foundation has already implemented major infrastructure projects including the renovation of their medical center, kindergarten and primary school. This effort has had a tremendous impact on the community. Economic development and opportunities for work are essential to continue improving the conditions in this border village. Sponsorship of this project will help provide needy villagers with the opportunity to care for their families and to help improve the village’s economy.

Zvart S. and her family have been identified as one of the families who are in need of additional support in order to help their agribusiness grow. Their family consists of Zvart, her daughter in law and her two children.  Zvart’s home has been occasionally hit by sniper fire due to its proximity to the border. They have a barn that is in acceptable condition. Part of Zvart’s home was rebuilt following the war in the 90s with Azerbaijan because it was destroyed during the fighting. Zvart was forced to sell the families’ cow, when her husband and son died within a couple of months of one another.  The family currently has no form of income and they are requesting a cow and possibly chickens . As a part of this effort Zvart and her family will be provided training and/or business tips for the ensured success of their agribusiness. Frequent visits will be made to the family to track their progress and determine the success of their venture. 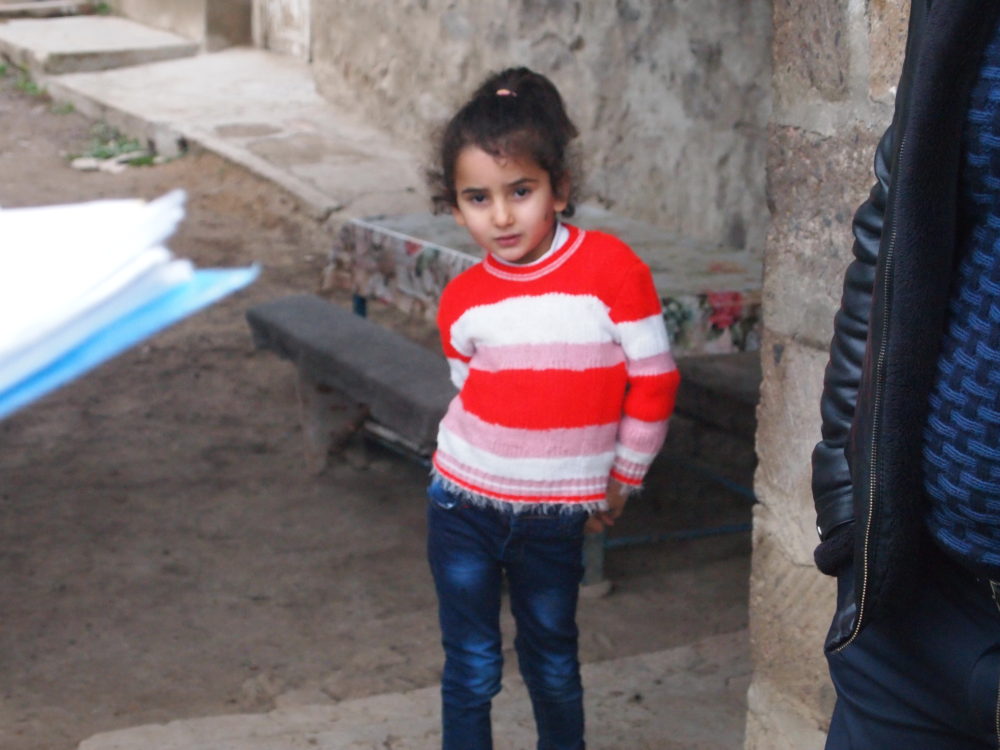 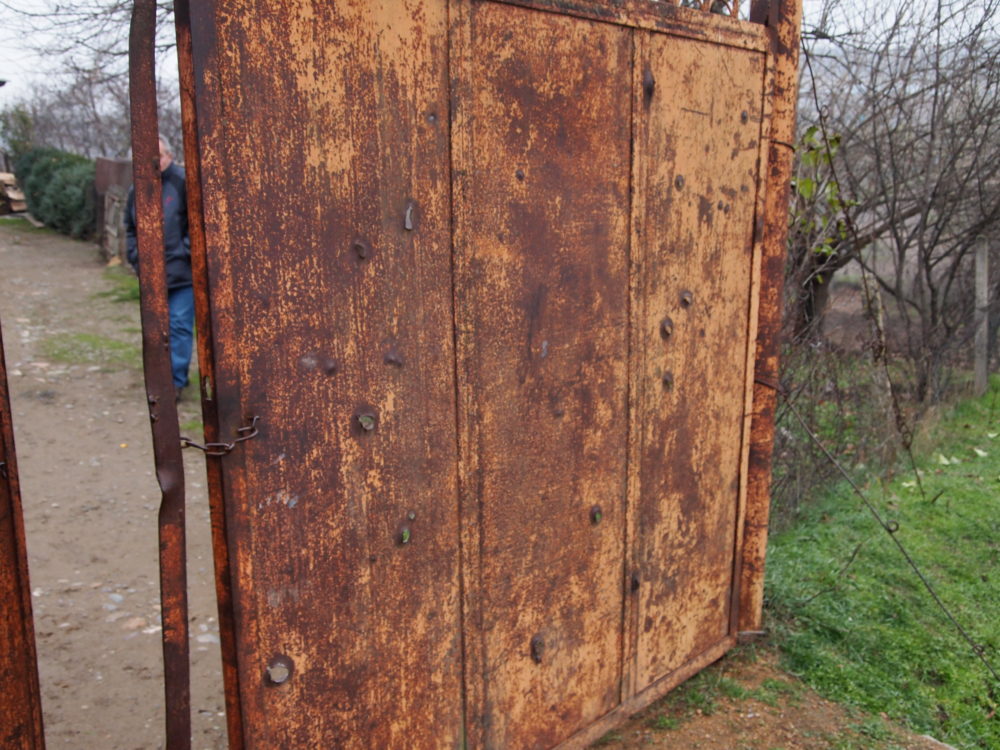 The bullet-ridden gate to Zvart's home. 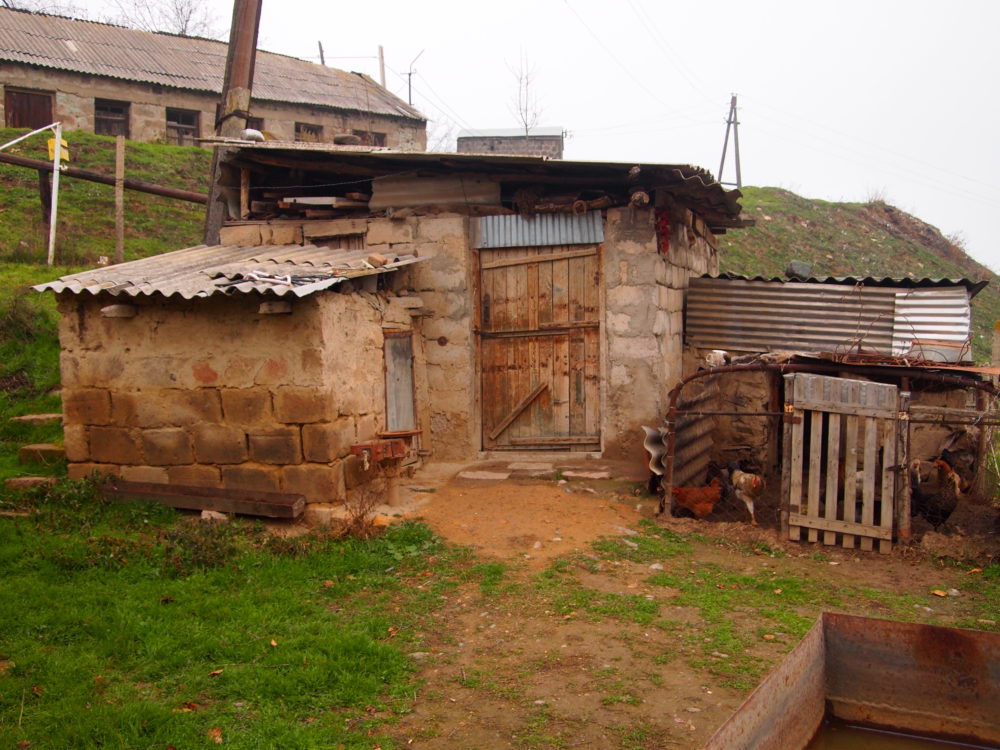 Due to the remote and dangerous areas in which these villages are situated, residents are unable to travel for work, or establish many other economical opportunities so that they can financially provide for their families. 70% of their fertile land in Nerkin Karmir Aghbyur is unusable because of frequent sniper attacks. Helping these families better establish their agribusinesses will allow them to be self-sufficient, care for their families and improve their village’s economy.

In the short term this family will receive the materials and/or tools they need to renovate their barn. In addition, they will also receive a few pigs and be provided training and/or business tips for the ensured success of their agribusiness.

In the long term, families will have established a form of income and will likely have the ability to expand their work. The village economy will also improve, as more jobs will be created for the residents. This will help deter emigration from the village.

All sponsors will be recognized on all relevant press regarding this project and on The Paros Foundation website. Visits to the families can be arranged for sponsors visiting Armenia.

Zvart and her family received the two cows and chickens they requested as part of their agribusiness. We wish them great success in the future and will monitor their progress.